The sempiternal British legends, Motorhead, recently announced their new full-length album Bad Magic set to be released on August 28th and a tour was already hinted to support their 22nd release. And now we have the route for the trek, in which they’ll be joined by their fellow-countrymen Saxon and New York thrashers Anthrax.

The 40 year-old band has a really busy schedule this year with shows all over the world, including the longest-standing music fest in Japan, the Fuji Rock Festival on July 24th, and the Ansan Valley Rock Festival in South Korea on July 26th supporting the Foo Fighters; European festivals like Resurrection and Volt Festival; and their own Motörboat cruise between September 28 and October 2 from Miami, Florida to Nassau, Bahamas.

Blabbermouth is offering a presale special this Wednesday, June 24 from 10:00 a.m. until Thursday, June 25 at 10:00 p.m. for the chance to get tickets before they officially go on sale, when using the code “BLABBERMOUTH.”

UPDATE: While not specified in the original announcement, Saxon will only be opening from August 19 to September 9 and Anthrax will be opening the remaining dates.

The dates are as follows:

* BLABBERMOUTH.NET presale is available for these dates only 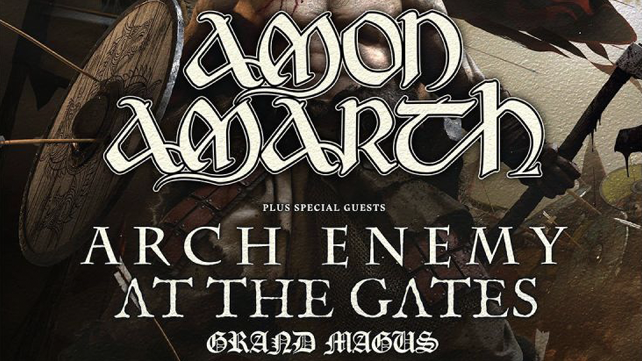