The Warped Tour has only been on the road for about a week, and it’s already claimed one casualty: the tour bus that Hundredth and Being as an Ocean were traveling in. The two bands were on the road to today’s date in Nashville, and woke up to the back of their bus on fire. Both bands escaped without injury and got some great pictures of what they narrowly escaped. The two bands are being driven to the next stop, and there’s been no word on whether or not they’ll be able to continue the tour. We’d imagine that there are enough bands that can loan them equipment, but there’s still the matter of transportation.

Woke up this morning to our bus on fire. We all got out and are okay. pic.twitter.com/OX8FG44L1Y

Tags: Being As An Ocean, Hundredth, Vans Warped Tour 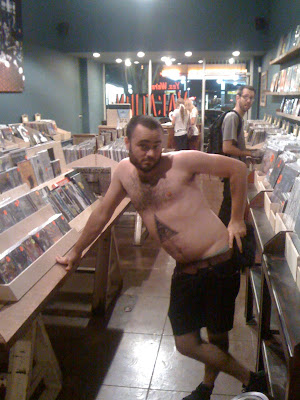