Remember a few weeks ago when relatively unknown UK band Black Tongue had to cancel some tour dates? No? That’s understandable – bands cancel tour dates all the time. If we mention that he drunkenly walked out of a speeding tour bus in Poland while trying to use the bathroom, that might job your memory, though. This probably won’t come as that much of a surprise, but the band have decided to drop off the tour that they’d been scheduled to do in the States with Chelsea Grin, Carnifex, Sworn In and The Family Run. Here’s what the band said about it via their Facebook page:

Unfortunately this last month we have had to pull off of The Ashes to Ashes Tour due to an accident that happened on the road. We were hoping to be back 100% by the time the american tour started but it is not going to happen. We don’t want to go back to America until we are 100% again and we PROMISE we will be out there soon. We are already working on make up dates.

Well, good on them. Hopefully, Alex Teyen isn’t more banged up than we’d initially thought. We’re pretty sure that he’ll never drunkenly walk out of a bus again though – even if it isn’t moving. 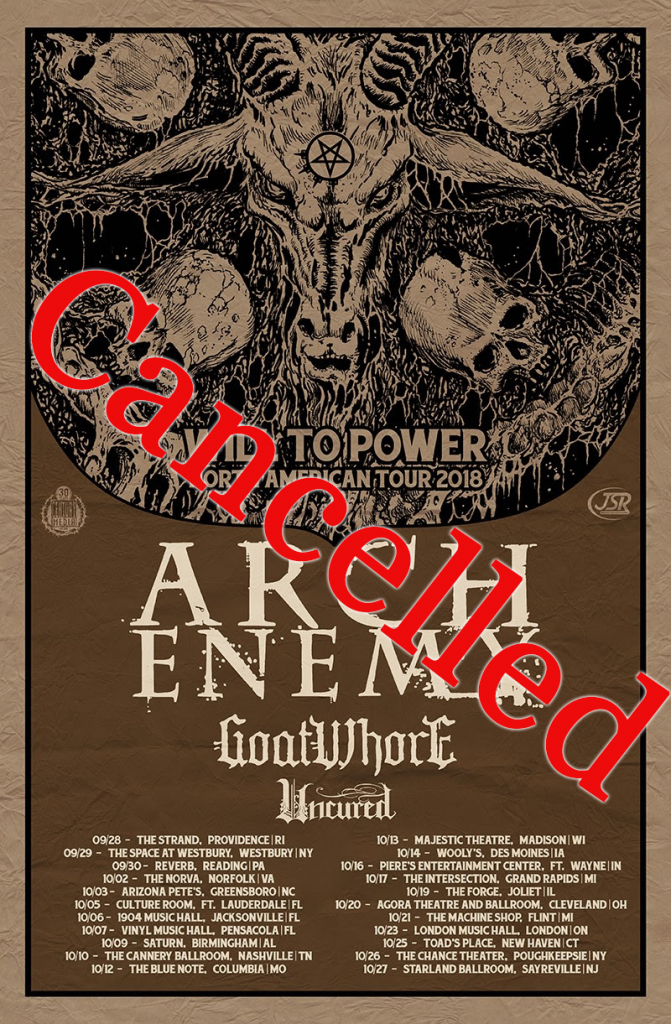