Godsmack has announced the rescheduled dates for their European tour. Last month, the group had to postpone their overseas run due to the unexpected death of guitarist Tony Rombola’s son. The tour was originally scheduled to kick off on October 29th and has been pushed to February 27th, 2019. Like A Storm will be joining in as support for the entire run that will conclude on March 31st in Bucharest, Romania. A second Germany date at the Live Music Hall in Germany has been added due to high demand. Tickets are currently on sale and you can purchase them on the band’s website. 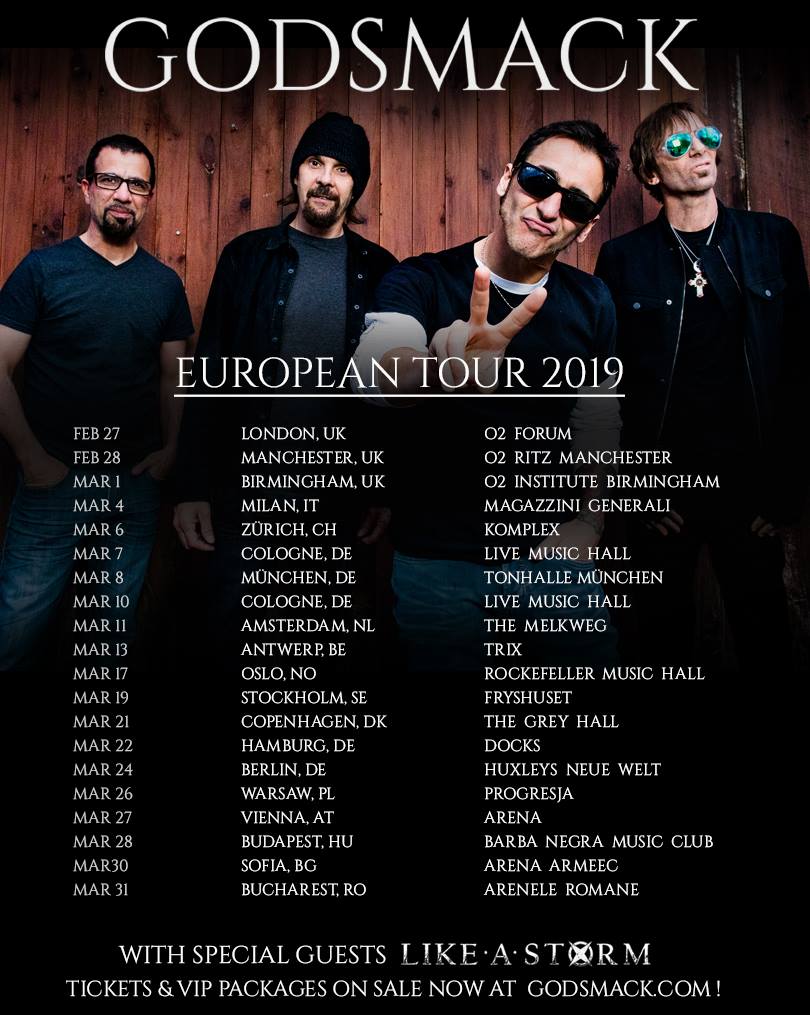