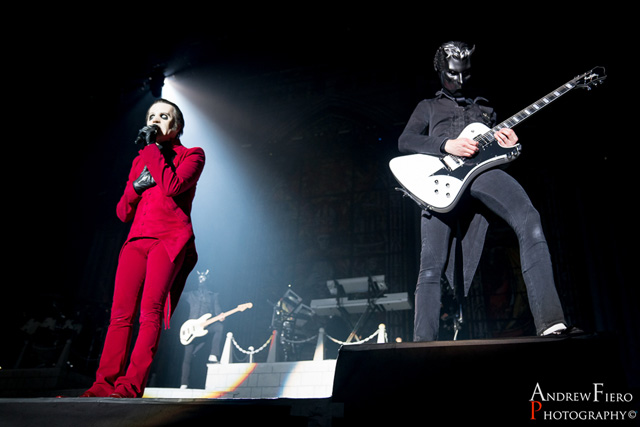 Papa Emeritus IV has announced, Ghost will be going on tour with Volbeat beginning January 25th, 2022 in Reno Nevada, and concluding March 3rd in Anaheim California.

Tobias Forge is the man behind Papa Emeritus IV who is, of course, the character who fronts Linköping, Sweden’s premier rock band, Ghost. Forge has created a new character for each Ghost album with Papa Emeritus IV being the latest.

Tickets on sale Friday Sept 24th at 10am and can be purchased here.

Last October, Forge told Sweden Rock Magazine that he was planning to enter the studio in January to begin recording Ghost’s fifth album:

“The actual recording will last around six weeks and then there’s two to three weeks of mixing and mastering. So sometime in March the record should be finished, but it won’t be released until after the summer. As it looks now, knock on wood, we will then go on tour. We won’t release an album until we know that we are actually going on tour. The album release will coincide with the start of a tour. Of course, we could announce an album release date and then, for some reason, it might not be possible to tour, but that’s a whole other matter.”

Meanwhile in addition to the news of their co headlining tour with Ghost, Denmark’s Volbeat released a pair of new songs today. “Wait A Minute My Girl” and “Dagen Før” were dropped with the promise of more big news coming on Thursday. 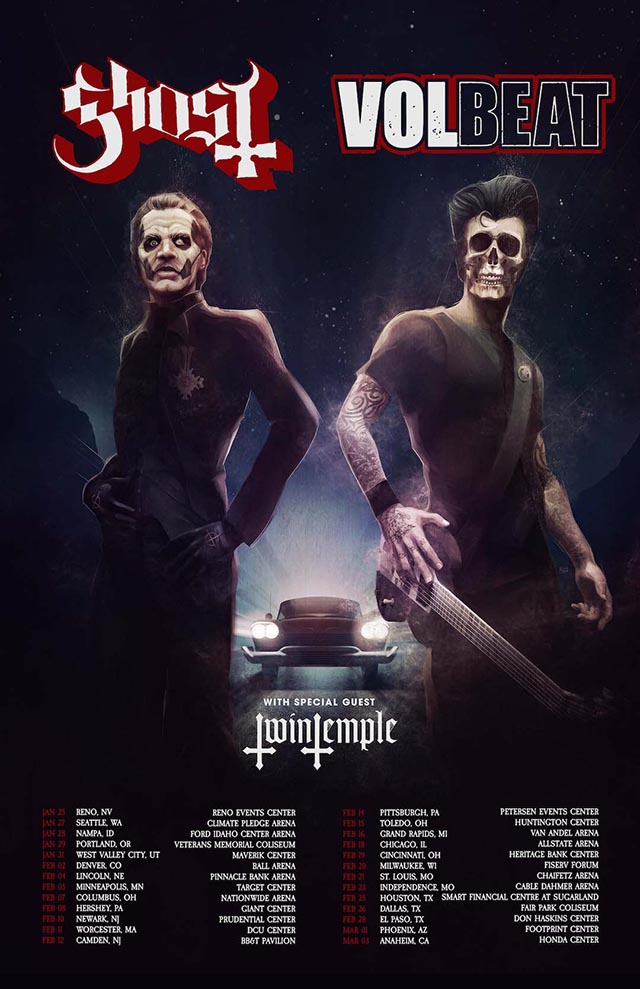