The Grammys are bullshit. No doubt about it. Grading art is not only pointless for us as fans, but it also belittles the crucial relationship between listener and artist. Putting that aside, what if the most controversial moment in Grammy metal history was just ahead of its time? What if this mysterious panel of old fogies had a glimpse into the crystal ball and knew exactly how badass a flute could be? Well, my guess is that they saw exactly what Maeth were up to in 2016.

I had the pleasure of catching the Minneapolis prog band at a basement show in Madison earlier this year. With no idea of what these guys were up to, I assumed guitarist Sam Tygiel was having some technical difficulties as he slung his guitar behind his back and crouched down. Maybe he was gonna noodle around with his pedals. Nope, he was just picking up a flute. A fucking flute with unexpected metal enhancing abilities. Not merely a stapled-on afterthought or a fancy noise gimmick, this dude began harmonizing and shredding some jazz licks over the band’s ruinous and sludgy adventure metal. A truly mind-altering experience, to say the least.

All this being said, Maeth are at it again with their upcoming Minnesconsin Records release, Shrouded Mountain. Toilet ov Hell has the debut of the album’s second track “Verne.” Fans of SubRosa or Cult of Luna will find a lot to like here as angular and monolithic riffs are accented by charming and hypnotic flute lines. It’s like a PBS nature documentary gone awry, but then you realize that it’s been in beautiful (and heavy) harmony the whole time. And today, just like in 1989, a band with a flute is better than this year’s Metallica (sorry boys, that’s just how objectively grading music works).

If you like what you hear, the entire record is now available digitally with a LP preorder, here. If you’re hoping to get in on this mind-altering experience, catch the band live on their current tour (remaining dates below): 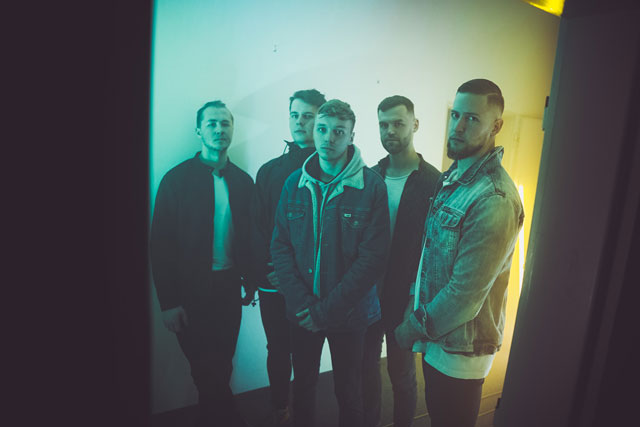