Legendary thrash titans Exhorder have reunited and are proud to bring thrash back to our ears by signing a worldwide deal with All Independent Service Alliance. The 2017 lineup consists of founding members guitarist Vinnie LaBella and vocalist Kyle Thomas along with bassist Jason Viebrooks (Heathen), guitarist Marzi Montazeri (ex-Superjoint Ritual, Philip H. Anselmo & The Illegals) and drummer Sasha Horn (Forbidden).

The group will return to the stage early next year. They will be performing their debut album Slaughter in the Vatican in its entirety on February 9th and their sophomore record The Law on February 10th at St. Vitus in Brooklyn, NY. Additionally, these thrashers scheduled a homecoming show in New Orleans at Southport Hall on February 12th. 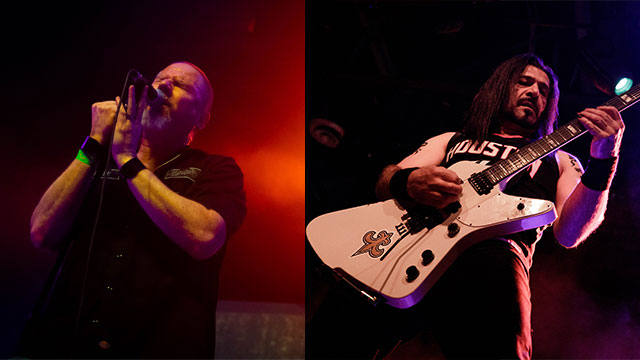