It worked well for Bret Michaels. So why shouldn’t Dee Snider take a shot at being Donald Trump’s next celebrity apprentice? It’s been reported that the Twisted Sister frontman is taking part in the fifth season of NBC’s Celebrity Apprentice. Snider will be competing against fellow “celebrities” such as Victoria Gotti, Real Housewives star Teresa Giudice, singer Clay Aiken, Star Trek star George Takei, The and many others.

Snider is no stranger to reality TV, having let A&E follow him and his family around for the show Growing Up Twisted. In fact, the Twisted Sister frontman made a guest appearance on Celebrity Apprentice last season, helping contestant/country star John Rich in his final challenge. Let’s just hope that Snider does better than Gene Simmons and Meatloaf on the show.

Really can’t wait to see Snider on Celebrity Apprentice? Well lots of fan footage of the show’s filming, including clips of Snider trying to sell sandwiches on the streets of NYC with Incredible Hulk’s Lou Ferrigno, former talk show host Arsenio Hall, and magician Penn Jillette, have already made their way online. Check out one of the leaked clips after the jump. 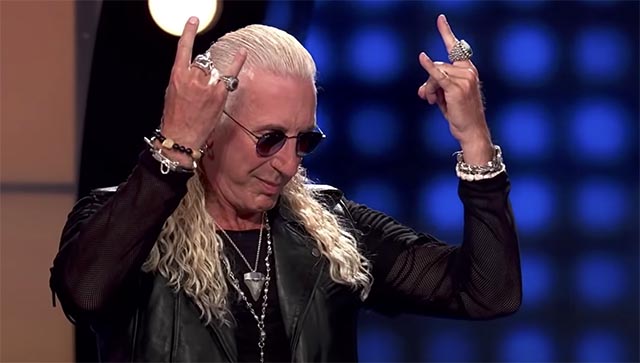