Guess watching Nergal on the Polish version of The Voice isn’t as weird as this. It was revealed yesterday that Jørn Stubberud, bassist for Norwegian black metal band Mayhem, will be exorcised on Norwegian television. American radio and television evangelist Bob Larson will be performing the exorcism on Stubberud, or better known as Necrobutcher, and it’ll be filmed by NRK (Norwegian Broadcasting Corporation) and air on Norwegian TV this October.

Before you go thinking that Necrobutcher has gone finding religion, the German edition of Metal Hammer Magazine the following:

“NRK is sending me over to Phoenix, Arizona next week. There’s this famous preacher. I’m not a believer, so I think he’s a quack. A very religious guy. He’s an excorcist; that’s what he does. I’m just there for the fun of it. He’s gonna perform an exorcism on me on national TV. So it’s gonna be wild as fuck and, of course, I don’t expect to suddenly be free from some demons or whatever. I’m just there for the fun of it and for the hell of it.

All religious people, when they talk about [how] they talked to God or God talked to them, stuff like that, I know it’s a lie. Because they look at all the people, they speak in tongue, it’s a mass, they get into that stuff, they think, ‘If I behave like that guy, all the people will think that I truly have an open connection straight to God’ or whatever. But for us, enlightened people, we know that it’s all bullshit, that they’re full of fucking lies and shit. And that’s why I’m there — to give a little punch and a kick in the ass to this little quack and people saying that they have direct contact with God and shit like that.”

It seems somewhat fitting that the only original member of the infamous black metal group would do something like this just for laughs, especially considering the history behind singer Dead’s suicide. Plus, considering how notorious Norway is for black metal, it seems fitting that it would be aired on their public broadcasting. Whether Necrobutcher actually “sees the light” or not, this could be entertaining as hell (no pun intended) to watch. 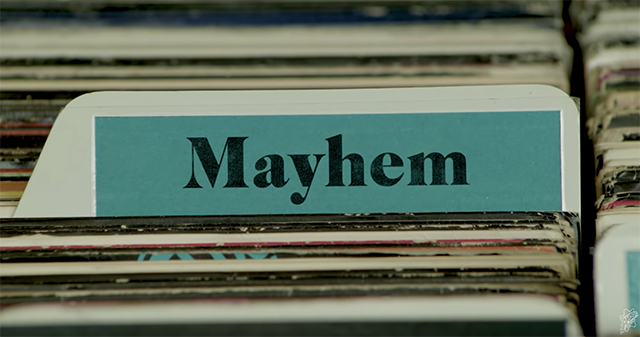