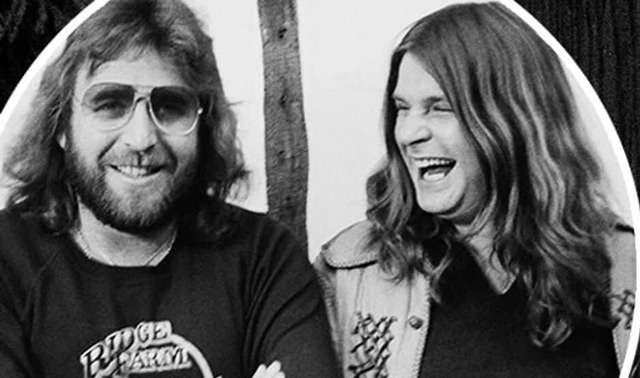 Former Ozzy Osbourne and Uriah Heep drummer Lee Kerslake passed away on September 19th after a long battle of cancer. He was 73 years old. Kerslake joined Uriah Heep in 1971 and first appeared on the group’s 1972 record, Demons and Wizards. He left the band shortly after 1978’s Fallen Angel, which led him to work with Ozzy Osbourne’s debut album Blizzard of Ozz and his second record, Diary of a Madman. Following his success with Ozzy, Kerslake returned with Uriah Heep just in time for 1982’s Abominog and remained with the group until 2007.

Members of Uriah Heep, Ozzy Osbourne and more, have paid tributes to the late drummer on social media:

“It’s been 39 years since I’ve seen Lee but he lives for ever on the records he played on for me, Blizzard of Ozz and Diary of a Madman. Lee Kerslake  RIP”

“Lee was one of the kindest men on earth, as well as being a brother he was an incredible drummer, singer and songwriter! He had a passion for life bar none and was much loved by the fans, as well as anyone who crossed his path! Rock in peace my friend and say hi to David,Gary, John and Trevor for me! This picture says it all! Love Mick x”

“What can I say that hasn’t been said Already. The guy with the big heart, who I had the immense pleasure of having worked with for so long, has left the building. Go on Lee, don’t know how I’ll ever forget you. One of the last things we laughed at was the old saying we knew so well… “hurry up and wait.” R.I.P. Lee Kerslake.”

“Well, where are the words to describe the feelings one has when you loose a friend, colleague , fellow band mate ( for 20 some odd years!) brother in arms, let alone when it’s someone larger than life like Lee Kerslake?

As well as one of the most revered yet under rated drummers in the world, Lee was also one of the main voices in Uriah Heep. Never dropped a note in all the years I worked with him.

We went on holidays together, as if working 200 days a year together wasn’t enough, he even moved in with me at my flat when he was rendered ‘homeless’ by a friends he had been bunking with in South London. We ate like Kings and drank like ….well, you get the idea.

As a person, he was generous to a fault. Always smiling and ready to entertain at the drop of a hat. Many a free drink was had after a show when he would get up and play with a local band at the nearest club we could find, and first up if there was someone with a fishing boat willing to take him out for the day.

Is Heaven ready for Lee Kerslake?! Boy. There’s one hell of a party !!

Rock on Lee, you deserve it mate.

Lee Kerslake, it was an honor to have known you.
Rest in Peace, my friend.
🖤🖤🖤
Love, Doro#doropesch#leekerslake#rip#restinpeace#uriahheep#ozzyosbourne#foreverwarriorsforeverunited#warlock#allformetal#allweare#dorofürimmer#doro pic.twitter.com/xjN6dIevm7

RIP Lee Kerslake. It was an honor to meet Lee a couple years ago and have him on #TrunkNation . He was a really nice man with a great spirit who battled cancer bravely. His playing on 1st 2 Ozzy albums was brilliant. Condolences to his family & friends. pic.twitter.com/XkWEf39VuO

RIP LEE KERSLAKE. Lee was a dynamo of a drummer who drove Uriah Heep through their heyday like a Crazy Train. He propelled Ozzy’s original band the same way. When last in London he came to visit although ill. A lovely man who fought cancer to the end with a smile. Rest My Friend https://t.co/P1sqpxrtp5

RIP Lee Kerslake. The drumming on those first two Ozzy records are some of my favorite ever. Was lucky enough to open for him in @uriah_heep back in the day #ripleekerslake pic.twitter.com/3P4NsoRDOz

Condolences to Lee Kerslake’s family. A Bournemouth contemporary of @officialjwetton , they created a powerhouse rhythm section for @uriah_heep in the mid 70s. https://t.co/5c5FcA290U

We send our thoughts and condolences to Kerslake’s family and friends during this difficult time.