Rockers have taken to Social Media to react to this unfortunate loss:

Overkill are saddened to hear about the death of Chris Tsangarides.
We were fortunate to have worked with him. A great guy with amazing talent, and humor and smile to match. Thoughts go out to his family and friends. RIP Chris

RIP rock producer Chris Tsangarides. Did some great albums for @YandTRocks @ThinLizzy_ @judaspriest and many more. Had the chance to meet and interview him once. Condolences to his friends & family.

So devastated to hear about the death of Chris Tsangarides, who produced our Game On album, and so many legendary records and bands.
Thinking of his lovely wife Jane and his family right now.
Thank you for starting this crazy journey off for us x pic.twitter.com/HrlcnYHMMS

I’m so saddened to hear of the passing of the Producer Chris Tsangarides – he has been a part of my life since the 70 when he worked as tape operator on the Sabbath album Sabotage and he’s worked with me on lots of other albums and stuff. He’ll be sadly missed. RIP my friend. pic.twitter.com/GPWTEilPSe

A great producer & mixer I never worked with, but who was the man behind the desk on many of my favorite Metal albums from Judas Priest, Thin Lizzy, Tygers Of Pan Tang, King Diamond and the list goes on… R.I.P #christsangarides https://t.co/bzxSEQHHuE

Sad to hear of Chris Tsangarides passing away. He worked on the Sabotage album, a thoroughly lovely bloke. R.I.P. Chris.

Sad to report that Chris Tsangarides, record producer, father and long time friend of @gmooreofficial passed away this morning. Very sad news https://t.co/bUZviilws8 We will all miss the stories and humour from his many recording “adventures” over the years. RIP Chris. pic.twitter.com/4rxWCpoAhb

Absolutely devastated to hear that the legend that is #ChrisTsangarides has passed away. I will never, ever forget the shit that we got up to on tour in a cramped van and the laughter in his small studio on countless occasions. RIP you big, loveable baffoon. 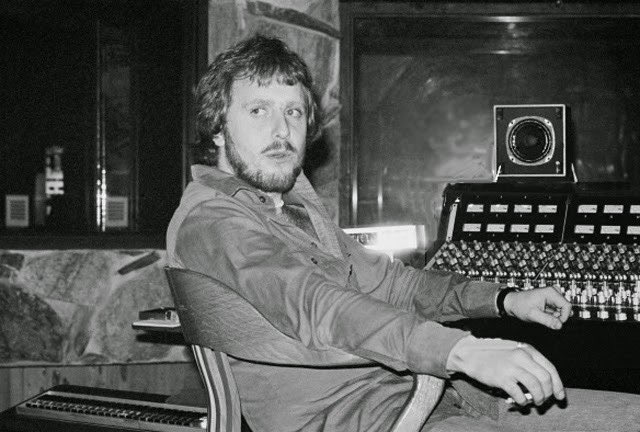