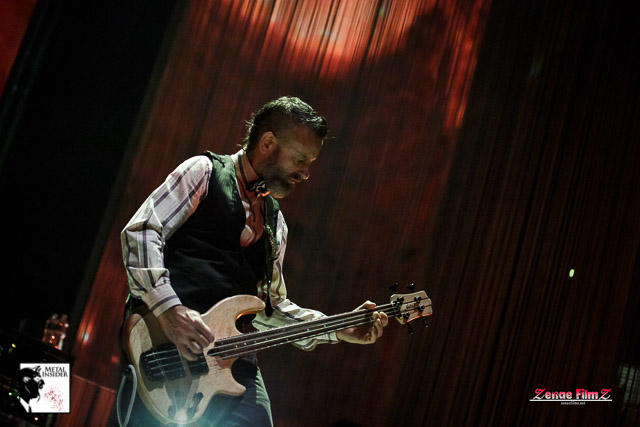 Today isn’t a good day for those who grew up in the 90s watching the high school comedy series Saved By The Bell as Dustin Diamond, who played the role of Screech, has lost a quick battle of cancer after being diagnosed last month. He was 44-\years-old. Unfortunately, on the same day of his passing, The Sun has reported two of his dying wishes. One of them was to visit Disney World’s Star Wars exhibit and the other was to talk to Tool bassist Justin Chancellor.

Diamond’s close friend, Dan Block, told the Sun prior to his passing:

“There are two things Dustin asked for….the ability to talk to Justin Chancellor about music and to be able to visit Disney World to see Star Wars Galaxy Edge. Dustin was learning to play several Tool songs and wanted to start a Tool tribute band. He was in the process of starting the band before being diagnosed with cancer. He would play the song and play along with his bass while watching YouTube videos.It would be amazing if Justin saw this article and could reach out – it would be granting one of Dustin’s dying wishes and we would greatly appreciate it. He’s also a huge Star Wars fan – so we’re hoping we can find a way to arrange that.”

Our thoughts go out to Diamond’s family and friends during this difficult time. Just think, in a parallel life, we’d be able to see Screech in a Tool tribute band.