Metal Insider contributor Anthony Maisano is listening to a different metal album that was released on that day every day this year. 7 years ago to day, King Diamond released his most recent studio album, with a different, but mature sound, called Give Me Your Soul… Please.

This is King Diamond’s eleventh, and at time of writing, most recent studio album, and it’s something of a concept album. King Diamond doesn’t rely quite so much on his trademark super high-pitched voice on this album, and instead, uses the high-pitched singing as backing vocals and harmonies to an otherwise normal clean singing voice. It creates a great atmosphere, being a bit spooky, with a great sense of juxtaposition when the melodies of his normal and high-pitched voice come. Rest assured, he still throws in plenty of his high register, but this time, it’s only when it adds more power to the song, instead of being used extremely often. The album is tamer, but more mature than previous King Diamond’s work. King did a great job in changing his style to fit the times, and what he was still capable of. It has a little bit of an Alice Cooper feel, in my opinion.

While this was a really solid album, and I enjoyed pretty much every track on it quite a bit, it didn’t quite lack that King Diamond explosive PUNCH that a lot of his other works have. There are also times when I feel the lyrics are just silly, in a bit of a jarring way. Lyrics, when an album has a concept are even more important, because they need to put you in the mood of the story, and there are a lot of times on the album where they actually take me OUT of what is going on instead.

Favorite Tracks: “The Girl in the Bloody Dress,” “The Floating Head,” “The Cellar.”

While I do have minor complaints about the album, there’s no doubt that this was a really solid release. I wish the lyrics weren’t so silly sometimes, but hey, maybe that’s the point of the whole thing? Fans of Diamond might also not like that he isn’t quite as off the wall on this album as normal, but to me, I enjoy the progression to a more mature sound. While we just heard recently that King will be touring North America, if King Diamond decided to call it quits in the studio, I think this would be a fine final album for him. 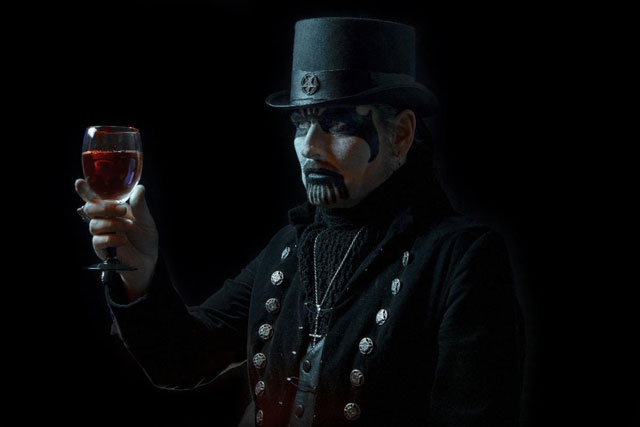