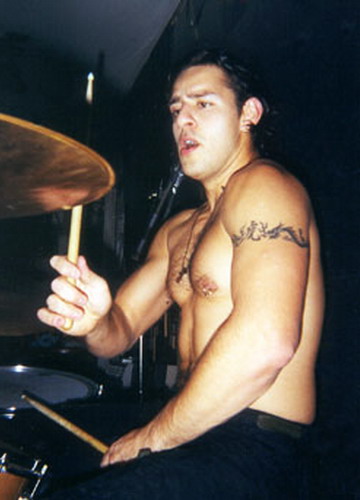 “When you hear the record you too will see he got it all spot on!” Foley wrote as part of that post. “The man always came prepared for recordings/jams/shows and if you didn’t give him enough time to have it ready he’d surely let you know. He wanted to impress you. He wanted it correct and not half-assed, which is the ONLY way music will ever come out of a band i’m a part of. It’s how he did everything in life. And me writing all the Deceased drum parts never bothered him a bit. He would just say “you write it man, keep it your wild Deceased style” and then he’d gladly learn it no matter how wacky i might of made something. Dave Castillo will always be remembered as a great drummer, a great person, and a dear friend. Dave helped me in so many ways to keep the band moving forward with his talent, and for that alone i’m eternally grateful. But he was so much more. Always there for my family in troubled times (the man painted my mothers entire 4 level house after fixing 25 years of living in beat up need to be re-plastered walls first, then did the sink fixes and all other loose ends too. and all over a week span when we lost our house in 2000 and were basically forced out in 2 weeks notice. my mom demanded money to him but he wouldn’t take a dime. he thanked my mom for letting us all ‘wreck’ the place with years and years of big parties. he said this was his way of saying thank you), at my hospital bed after i had a stroke he sat all day with me and joked and made me feel better, he had your back always.”

While Fowley didn’t reveal his cause of death, Metal Archives has documented the drummer died from drowning. This Friday (16th) the group’s new album Ghostly White is scheduled to arrive via Hells Headbangers Records, which sadly marks Castillo’s final effort. The drummer was with the veteran Virginia death metal outfit from 2003-2008 and returned back in 2012. We send our thoughts and condolences to Castillo’s bandmates, friends, and family during this difficult time.