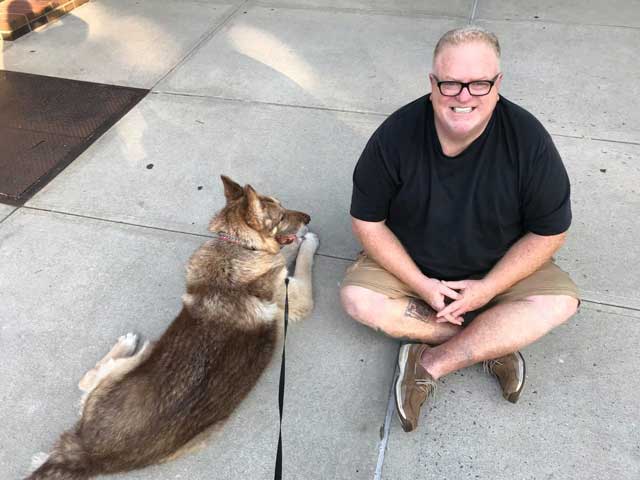 On Saturday (12th), Clutch announced their longtime manager and friend, Jack Flanagan, has passed away. Flanagan had a significant role in the punk and metal scene, which began in the 80s when he joined his band The Mob and later managed GWAR and Clutch. Clutch, GWAR, Jamey Jasta, Brian Slagel and more have shared a tribute via social media.

“We lost a hero today. Jack Flanagan was super human in every way. For 25 years, Jack guided the band through every conceivable situation with a precision and enthusiasm that will never be matched. It was only with Jack’s guidance and vision that we four young men were able to build a career out of rock and roll. His insight, his passion for the music, his love for all those around him, and his sense of humor, made him someone we couldn’t wait to see again. We were always excited when he would come visit us on the road or, even better, travel with us for a couple nights. Then it’d be like the old days again, when Jack was our road manager… and we’d all be on the bus together riding to the next gig, listening to the The Pogues, and cracking jokes. Jack Flanagan was the best manager, mentor, and friend we could have ever hoped for. Jack, thank you for making us better than we ever thought we could be.”

“Today we lost GWAR’s longtime manager and friend Jack Flanagan. Jack played a huge role in the career of GWAR and the lives of members of the Slave Pit for more than two decades. Jack was a staple in the punk and metal scene up and down the east coast since the 80’s, first playing with his band The Mob, and then as a figure in the music industry. No one believed in GWAR and supported the band and its members more than Jack Flanagan. We are eternally grateful, and will miss him more than words can express. #GWAR #JackFlanaganRIP”

My deepest condolences to all friends & colleagues of Jack Flanagan. 💔 Rest In Peace.

Everyone the OG is saddened to learn of the passing of Jack Flanagan.
We knew Jack through touring with @clutchofficial over the years. He always treated us with friendship, respect and courtesy.
Our love and best wishes to his family and all in the Clutch family too. RIP x

. @clutchofficial have shared some words about the very sad loss today of their long-time manager and friend, Jack Flanagan. We will miss him too. pic.twitter.com/KcWOOHjdZs

Jack Flanagan of the Mob passed away. An unsung NYHC legend who started his first band in 79. The Mobs impact on NYHC was directly responsible for releasing and distribute early key NYHC 7″s via their mob style records. He took that early music business lessons and would become a pic.twitter.com/fBTEG4uogc

Our thoughts go to Flanagan’s family and friends during this difficult time.