Last month, when Clutch announced their tour with The Sword and Lucero, they also mentioned that they’d be putting on their own festival, the Earth Rocker festival. Named after their 2013 album, more information has come forth about the fest, which will take place on May 20th in Inwood,WV. Held at outdoor venue Shiley Acres, it will feature the lineup of the tour, which starts on May 10th, along with Bad Seed Rising, Apollo’s Prophecy and the Frederick, MD School of Rock.

It seems very much in keeping with Clutch, in that it’s close to where they live and relatively inexpensive (tickets are only $35). Overnight camping is allowed, and kids under 12 get in free. Basically, it’s kinda like a modest GWAR-BQ, but without all the blood and semen. Given that there is no GWAR-BQ this year, this is the next best thing, and not even all that far from Richmond. And if it’s successful, this could, like GWAR-BQ, become bigger and better every year.

You can find out more information and grab tickets here. 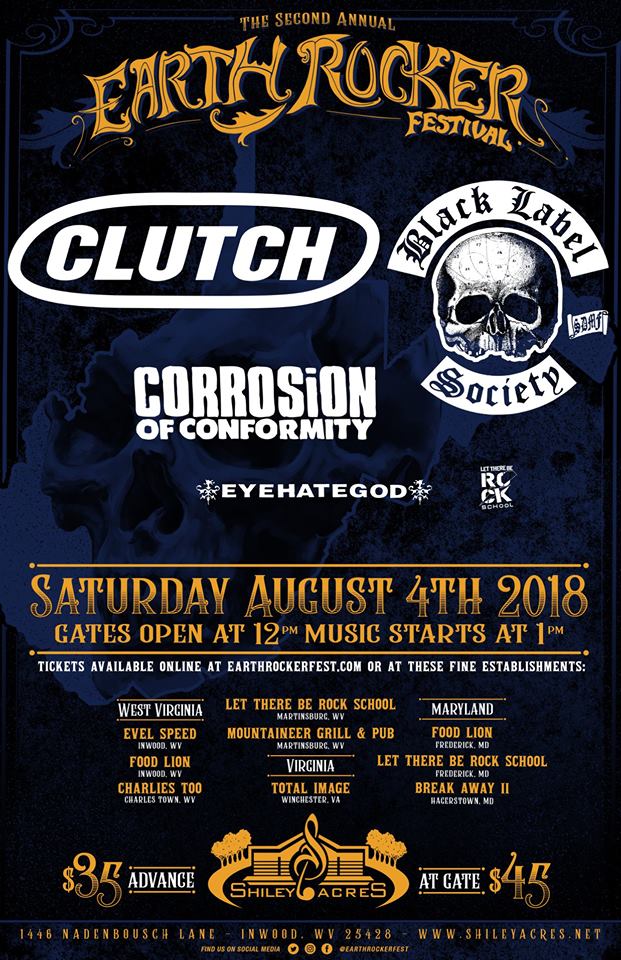