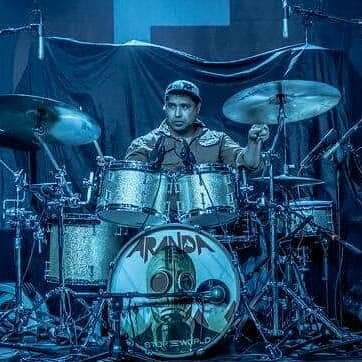 Yesterday (4th), we were surrounded by bad news as The Prodigy singer Keith Flint died from an alleged suicide as well as the 90210/Riverdale actor Luke Perry died after suffering from a stroke. As the day progressed, another piece of shocking and disturbing news arrived. According to News 9 Oklahoma, Edmond police are investigating a double-murder case as a couple’s 19-year-old son has been arrested for shooting his parents multiple times inside their household. The couple happens to be Rachel Walker (44) and Michael Walker (50). As tragic and disturbing this story is, Michael was the longtime drummer for the Oklahoma rock band Aranda, which consists of brothers Damien and Gabe Aranda. The group’s latest effort, 2015’s Not the Same, has sadly turned out to be Michael’s last.

The police have arrested Michael’s son, Michael Elijah Walker for two counts of first-degree murder. A call was made to the police after 2 a.m after we believe his 17-year-old brother, heard gunshots within the home as News 9 reported the younger brother was able to make it out of his home unharmed. When officials arrived to the household, Elijah was still inside and eventually walked out, unarmed as he followed the official’s commands.

“Obviously an extremely emotional situation to hear and to be on the phone having to recount to dispatchers what was happening inside the home.”

“We don’t know exactly what led up to this, and that’s what we’re working with the suspect on trying to get more information from him. The details of his statement we’re not ready to release, but we are confident he is the only suspect.”

“Today we lost our band mate, our brother, and our best friend. For over 15 years Mike Walker toured the country with us impacting countless lives everywhere he went. His sense of humor was endearing. He made everything from playing drums to making people fall in love with him effortless. He was so easy going but for those that knew him well there was an intense spiritual depth behind the man. We will miss his laughter and his insatiable appetite for all “band cuisine.” Most of all we will miss his beautiful spirit. We will be in continuous prayer for his family and loved ones. May he and his beautiful wife Rachel rest in peace. Love you forever.”

We send our condolences out to Michael and Rachel’s family and friends during this horrific tragedy.