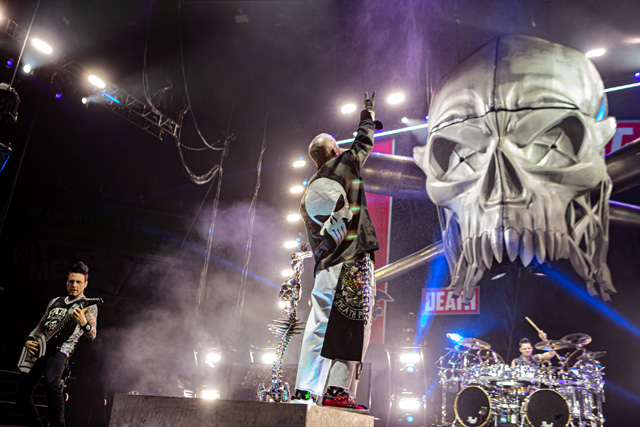 Having never been to the Huntington Center before, I wasn’t sure what to expect. I did a little research and knew that its overall capacity was 8,000 for a local hockey team, but with an end stage the crowd capacity was brought down. Pulling up out front the line stretched around the block, as fans eagerly awaited doors.

Fire From The Gods, played a good set, six songs in total, tossing their hit single “Right Now’ in the middle, rather than save it for the end. I spent most of their set, trying to gain access with the photo gear, and get situated.

Frontman Tommy Vext, took the stage and jumped off the riser from the drop of the first note. Vext continued to run across the platform as the band performed seven songs. The crowd took solace in hearing their current radio singles with “Remember When” and “Killing Me Slowly.” Tommy took a moment at the end of their set to pay homage to The Cranberries lead singer Dolores O’Riordan, and covered The Cranberries’ hit song “Zombie.” 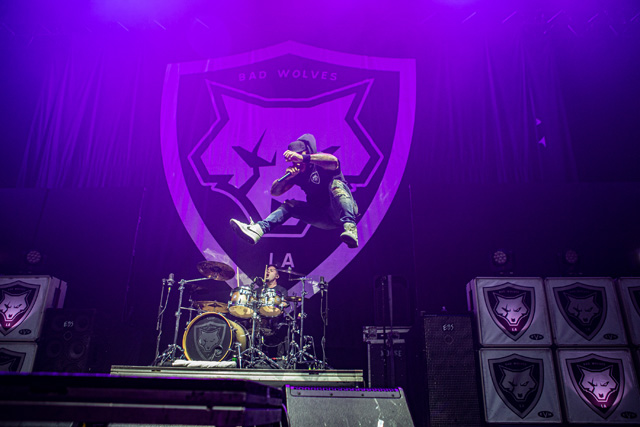 After a short break, it was time for Three Days Grace to conquer the stage as they went right into their hit songs such as “The Good Life,” “Pain,” and “The Mountain.” The audience was engaged throughout their set as they sang along to most of the hits. The Canadian rock giants concluded their set with “Riot,” as lead singer Matt Walst urged fans to mosh. 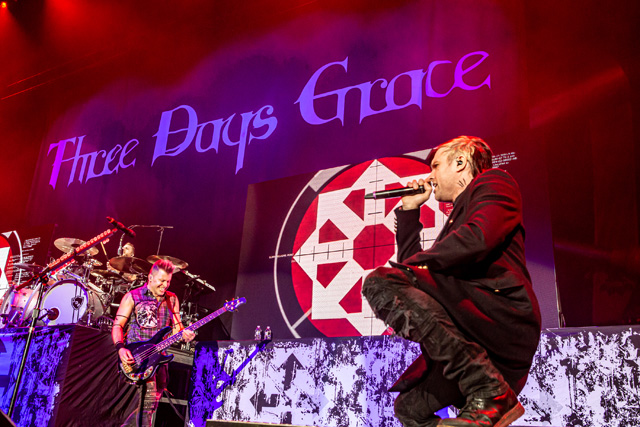 Rolling from one hit song to another, 5FDP spent the better course of two hours playing through their entire catalogue, including their hit covers. At moments, Ivan took time to talk about the respect the band has for men and women serving in the military, and honored them with songs like “Bad Company” and “Got Your Six”.

There was a moment where Ivan got serious and touched on fellow bandmate Chris Kael’s sobriety anniversary, and gave him his personal chip in recognition for another milestone.

Overall, they played a 14-song set, with a 2-song encore, which included “Blue On Black,” and “Sham Pain,” and then ended with “The Bleeding.” An exit track for the crowd was the traditional version of “House of the Rising Sun”

Over 5,300 people packed into the Huntington Center in downtown Toledo, OH on a cold December night, making this stop one of the better shows I’ve seen by Five Finger Death Punch.

They’ve recently announced a new tour for 2020. For tour stops, dates, and to pick up tickets, head over to their official website here. 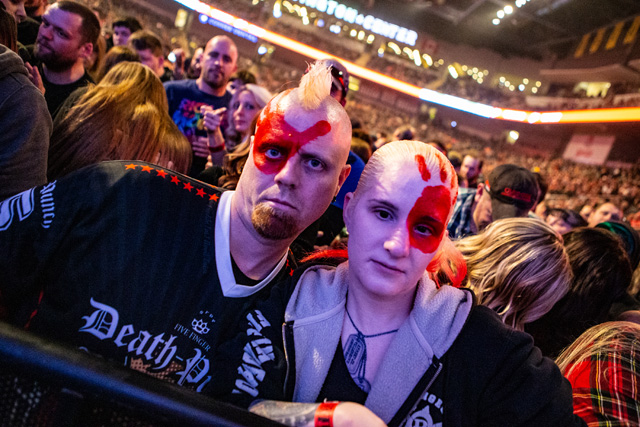 Shortly after this show, Jason Hook felt ill and had to be taken to the emergency room. This resulted in Hook’s gallbladder being removed as the band were forced to postpone the last three shows of the tour.