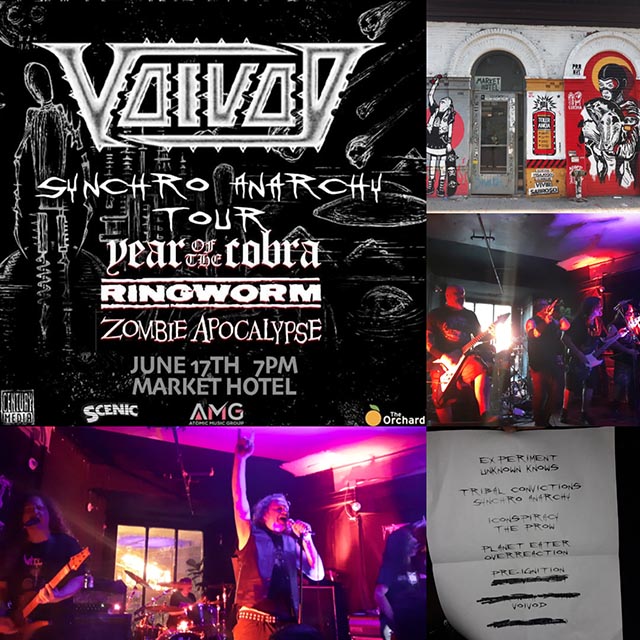 When Voivod got booked only seventeen minutes from me, I became stoked. The first time I saw Voivod was opening for Kreator in 2010 at the then-known Nokia Theatre in times square and again five years later with Napalm Death also in Manhattan. Both times they brought the Canadian thrash thunder. June 17th was just as crazy-go-nuts.

The Friday arrived. I wrapped basic Ian things, got decked out, and traveled to the Market Hotel with ample time to sit down for a pre-show Bronco Burger at Rachel’s Bar-B-Q. When I got to the venue at six-thirty p.m, I had even more time to mess around with as I was only interested in seeing Ringworm and Voivod.

The Cleveland hardcore doomsters were the band worth waiting an hour and a half to see. Ringworm plays thrashy hardcore infused doom metal, mixing spastic technicality with a lot of energy from James Bulloch. While I was disappointed that the set seemed so quick, they sounded great for the amount of time they were able to play.

Nine-thirty arrived. It was finally time for Brooklyn to enter the universe of Voivod. Voivod has always been one of my favorite bands since being allured by Michel Langevin’s fantastic artwork for Killing Technology. The mix of barbarity and complexity alongside Denis Bélanger’s charisma-meets-charming vocals immediately resonated with me.

Voivod’s set featured mostly earlier work, from the 1987 album Killing Technology, and some new material like new fan favorites such as Synchro Anarchy and Planet Eaters. There were some deep cuts like The Unknown Knows and, of course, their eponymous song.

However, the set time for Voivod left something more to be desired due to a venue changeover event or a curfew. Whether headlining or opening, Voivod proudly and usually perform their set-list staple cover of Astronomy Domine, originally by Pink Floyd. I am sure they were as dissatisfied as the majority of the die-hard fans were. Aside from that homage alongside Sleeves Off and their actual set-closer, Fix My Heart, cut from the set, the band delivered nearly an hour of forward-thinking thrash with Denis doing his always amusing buzzed robot moves. The crowd was intense but not as lively as I expected. All in all, I enjoyed seeing Voivod again. 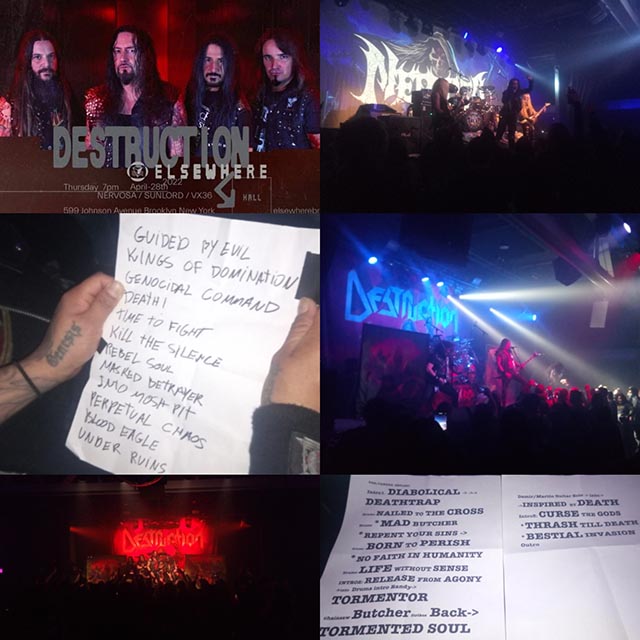