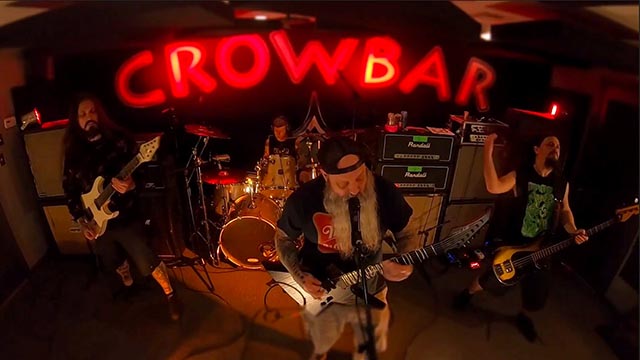 Two miles from downtown New Orleans, featuring his signature long grey beard and well-worn black t-shirt, Kirk Windstein and company gave fans a crushing one hour plus performance via livestream this past February 20, 2021.

Directed by Mike Holderbeast, who went for a clean, no-nonsense visual direction, and mixed impeccably by Duance Simoneaux at OCD Recording, Crowbar fans got an up close and intimate vantage point without the 6 foot 7 guy blocking your view right in front of where you’re standing. But maybe that just happens to me? But what I do know is that I’ve grown to really appreciate this more straight-forward type streaming performances where I can really closely examine what the musicians are doing. For this particular performance I was able to see nearly every sludgey riff Windstein strummed while sporting that unmistakable Type O negative tattoo on his left hand.

The setlist featured a little bit of everything, covering their entire catalog, but with a couple more from their self-titled record above all else.  “Self-Inflicted” and “High Rate Extinction” actually kicked the performance off. Though I might have to say the groove laden “Walk With Knowledge Wisely” might have been my favorite song from Crowbar’s performance. Simoneaux was really able to get that deep chug on the guitar and the bass while still featuring Windstein’s vocal prominently. Just the right amount of ring on Wesley’s bass guitar as well.  “All I Had (I Gave)” closed the show and it was great to get that overhead drum cam of Buckley pounding away on the skins.  Gave, they certainly did. The performance was really a great way to see this legendary band up close in your living room.

Coinciding with the livestream, the band is unveiling a limited vinyl repressing of CROWBAR‘s eponymous second full-length. Initially released in 1993 and out-of-print in the US since 2015, this was really their breakout record. “All I Had (I Gave)” and “Existence Is Punishment” received regular play on MTV’s Headbanger’s Ball and appeared in separate episodes of Beavis And Butt-Head. Remember when MTV had shows actually worth watching? And remember when they actually had shows about music? Now it’s just reruns of 90s sitcoms that weren’t really good the first time around.

You can pick up the limited vinyl right here.

I Feel the Burning Sun

To Carry the Load

Thru the Ashes (I’ve Watched You Burn) 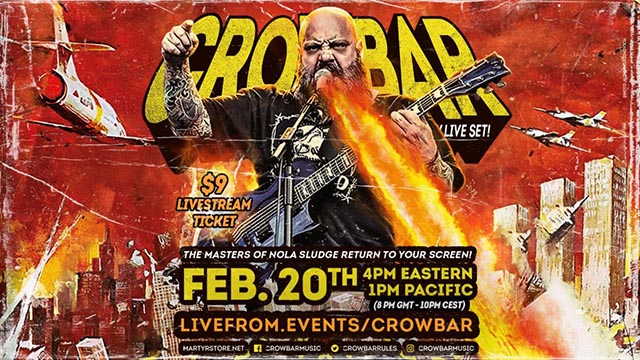