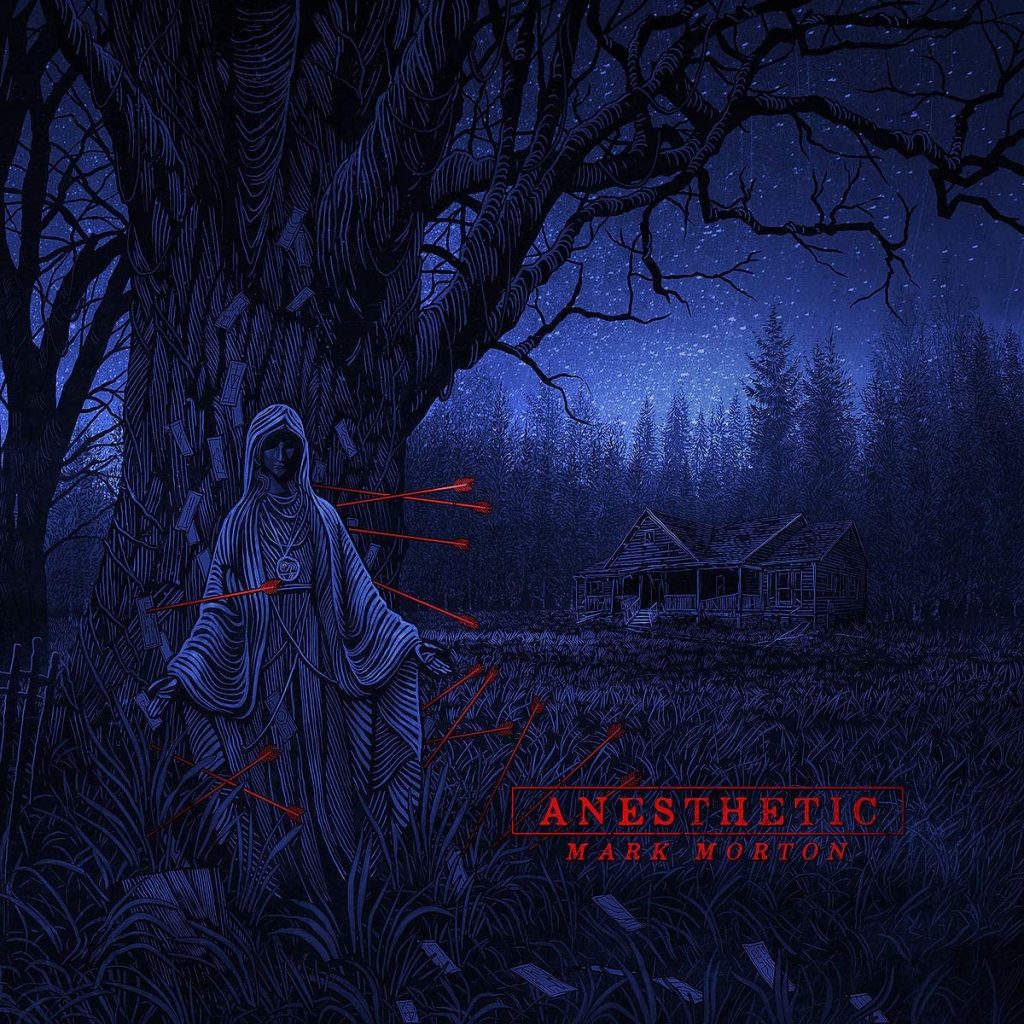 Lamb of God’s Mark Morton has been an inimitable force in the heavy music scene throughout the band’s career, from their humble beginnings under the moniker “Burn the Priest” through today, relentlessly touring across the globe and releasing hit records every few years. What many might not know, however, is that Morton’s sources for musical inspiration are wide and vast. Though his work with Lamb of God is his primary focus, it is not surprising that Morton has opted to release a body of work under his own name. Does his debut solo album, Anesthetic, live up to the high bar that has been set by his most famous material? Let’s find out.

Anesthetic opens with perhaps the most significant song on the album, “Cross Off,” which features the late, great Chester Bennington of Linkin Park fame. The track wastes little time kicking into high gear; a signature, blistering groove metal riff from Morton is accompanied by Chester’s hard rock vocal approach, something we hadn’t heard from him with Linkin Park in quite some time. The instrumentals segments, lyrical content, and sad reality of Bennington’s passing intertwine to easily make “Cross Off” the most emotional song on the album.

It’s tough to narrow Anesthetic down to one genre. Each song brings with it a glimpse into Morton’s musical mind, one that defies all borders and is certainly not limited to one idea. Songs such as “Sworn Apart,” “Save Defiance,” and “Back from The Dead” contain an undeniable modern hard rock influence, while tracks “The Never” and “Truth Is Dead” are obvious nods toward what Morton is best known for at his day job. Upon listening to “The Never” for the first time, one cannot help but notice the similarities to Lamb of God’s “Culling,” a riff that must have been pulled from the same idea bin.

There is a unique aspect to the album, one that spits in the face of predictability. Throughout the album, various guest vocal appearances make for an interesting listen, from Myles Kennedy of Alter Bridge and Slash fame to Lamb of God bandmate Randy Blythe. Morton’s leads and melodies are beautifully written, enabling him to shine as bright, if not brighter than usual.“Imaginary Days” stands out as a favorite, heading into the album’s heavy conclusion just one track later. Though each guest vocal appearance is most obvious, there is no shortage of big names lending their talents on other instruments as well, from Dave Ellefson of Megadeth to Roy Mayorga of Stone Sour.

Overall, Anesthetic is an album that will inevitably grow on a listener if he or she lets it. Some will understand its intentions from the first spin while others will require repeat listens to properly interpret what Mark is aiming to achieve. Morton has zero qualms stating that this is not a record that is in line with what he is best known for. Instead, it’s his honest attempt to finally bring many of the musical ideas in his head to life.