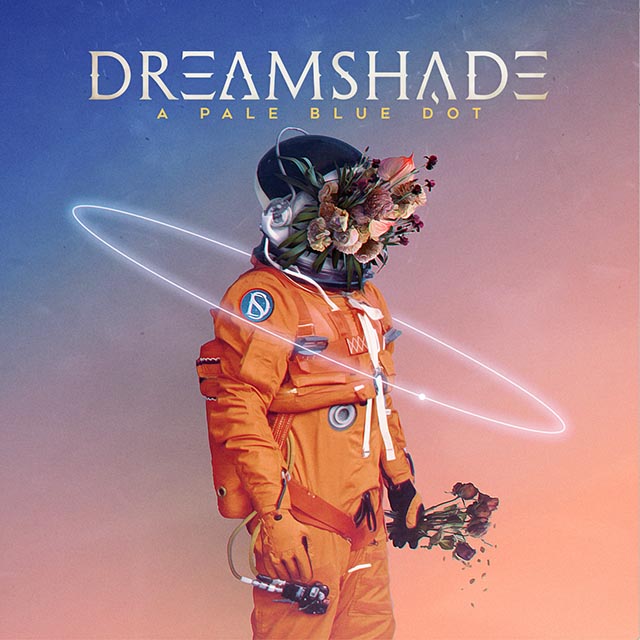 Dreamshade set themselves with a daunting task on their latest album, A Pale Blue Dot. How do you put into perspective the vastness-yet-smallness of our world and humanity within the confines of an hour-long rock album?

Over a hefty, energetic 14 tracks paced by the rollercoaster-like highs and lows of opener “Safe Harbor,” ‘A Pale Blue Dot’ (based on the Carl Sagan book of the same name) explores the big questions with both awe for the world and compassion for its people, doing so with fantastic detail and emotion. Through power and intensity, the album implores the listener to be inquisitive and to pay attention to the needs of others and oneself, because we all must live together on this one planet.

What comes across most is the human component, namely our interactions with one another and ourselves. Starting out with the intensity of “Safe Harbor,” “Lightbringers” quickly turns into this sincere, warm melody that finds the band comforting the listener and letting them know they are not alone, a sentiment echoed later in the album in “Shanghai Nights.” “Step Back” asks the listener to take a look at themselves and how they treat others. Swirling rap-rocker “Stone Cold Digital” cautions against dangers of this cold, digital, solitary world we now live in.

The band then tackles this sense of wonder and inquisitiveness. “Question Everything” literally implores the listener to question the world around them. The breakdown of “Impulse” deals with the all-consuming question of if we’re alone in such an expansive universe. Ambient and poetic, “toD-eulB-elaP-(A)” challenges the listener to step back and think about our position in the universe.

The songs in the album’s second half run the gamut of emotion and responses one could have to the world around us. Songs like “Elephant” and “Somewhere Else” deal with how overwhelming and paralysing the world can be. “On My Own” takes a different approach to the world; forgoing fear and taking life by the horns. Then you have the hard-hitting “Nothing But The Truth” and rap-rock track “A Place We Called Home,” which respond to society’s pitfalls, lamenting about what we’ve become, and expressing disappointment and exhaustion in a world scarred by cruelty and war. In contrast, final track “Save This” provides a hard-rocking blast of hope, saying we can still save ourselves and the soul of our world if we just take care of each other.

What Dreamshade does particularly well on A Pale Blue Dot is the way the songs evoke emotion with melody. The almost mirror-image tracks of “Lightbringers” and “Shanghai Nights” share a warmth and sincerity in their message in a way you can physically feel. The minimalistic electronic melody of “toD-eulB-elaP-(A)” stands out on such a guitar-heavy album, evoking wonder and deep thought.

A Pale Blue Dot is a hard-hitting, cohesive album filled with emotive melodies and thought-provoking lyrics. The songs take Sagan’s words and run with them, bringing them into a new era of global citizens who need to be reminded of our insignificant place in the expanse of the universe.