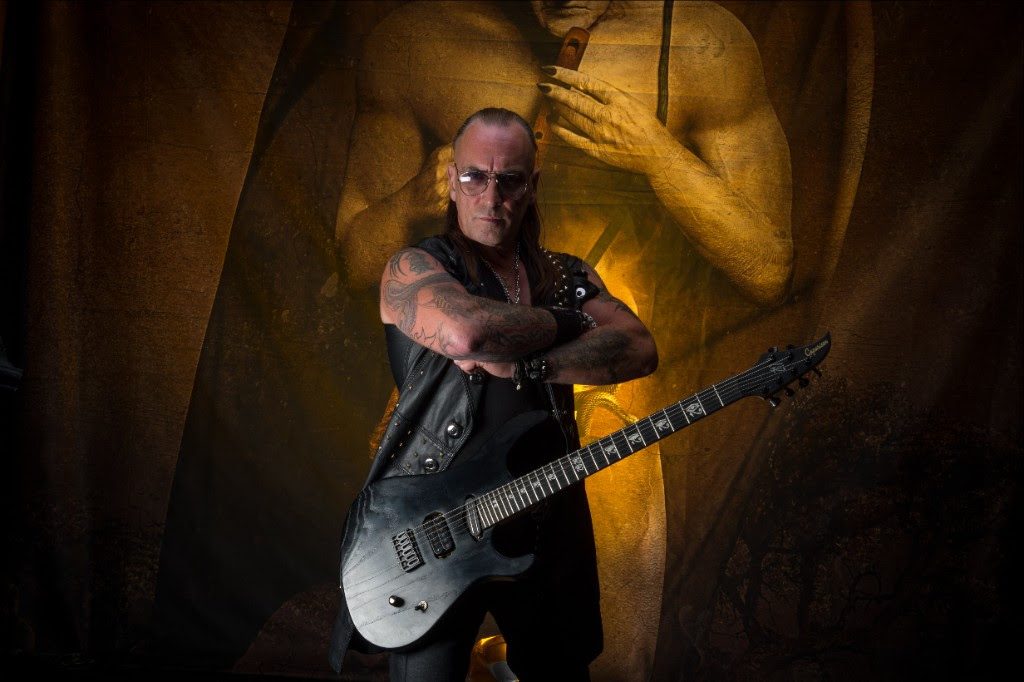 Venom Inc. the group featuring former Venom members Jeff “Mantas” Dunn (guitar) and Anthony “Abaddon” Bray (drums) as well as the Prime Evil era bassist/vocalist Tony “Demolition Man” Dolan have had quite a busy three years since they formed back in 2015. The trio have been extensively touring supporting their new album Avé, which was released in August 2017 via Nuclear Blast. As of this past April 30th, the group have been faced with an unfortunate obstacle as Dunn suffered a major heart attack. He was dead for about five minutes and had to be resuscitated. The guitarist spent a full month receiving hospital treatment that included a successful double bypass surgery in Lisbon, Portugal.

A day like any other, sun is shining and myself and Anita leave the house to drive to our next village.

Anita needs a new inhaler so we call into the pharmacy to collect one . . that is when everything changes.

I start to experience what I can only describe as indigestion, but then the pain gets worse.

I decide to go back to the car and wait but by this time the pain is unbearable. The staff of the pharmacy help me out of the car and take me back inside. An ambulance is called. On its arrival I am taken into the ambulance to be monitored and assessed. The pain is not subsiding in any way and so the the paramedics call for a doctor.

When the doctor arrives with a nurse I am immediately hooked up to an ECG and given the news that it appears that 2 valves in my heart are blocked.

What happened next ranks easily as the most terrifying experience of my life.

I have been told that the paramedics and doctor fought for just over 5 minutes to bring me back . . . essentially I had died in the ambulance.

When I was stabilized enough to be moved I was transferred to Leiria Coronary care Unit where they attempted to introduce a stent to unblock the arteries however this was unsuccessful and so the next step was to be a double bypass.

After a couple of days under observation and all kinds of medication to keep everything on an even keel I was moved to Abrantes Cardiothoracic Unit to await transfer to Lisbon for a double heart bypass.

I am now home resting and recuperating, taking walks and slowly building my strength up.

From this day on, going through airport security will be interesting as my breast bone is clamped together with surgical steel.

There have been things which have happened during these last few weeks which I have found very hard to come to terms with, but it’s getting better.

I simply do not know where or how to begin to thank every single doctor, nurse or health care worker who has played some part, no matter how small, in helping me recover from this . . there is still a way to go but I remain positive.

My thanks and enduring love goes to Anita who has been with me every step of the way. My brother Tony Dolan who upon hearing the news took the first available flight to be by my side. My neighbours and friends in our wonderful village who, despite language barriers, have shown so much concern and compassion.

I will hopefully see you on a stage somewhere in the world soon my friends.

The group had to cancel all shows until August, as they plan to return just in time for the release of their three-song 10-inch single of “War,” which is expected to arrive on August 10th via Nuclear Blast. Once they return, the band recruited Jeramie Kling on drums for later dates in 2018. You can pre-order their upcoming single here.