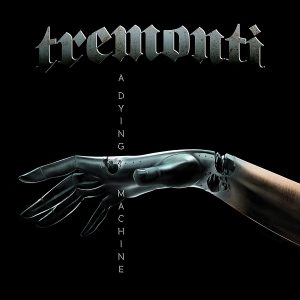 New & Noteworthy is a weekly column in which we highlight some of the newest rock and metal releases coming out each week. This week brings new us new music from Tremonti, YOB, and more! Be sure to check out the last week’s New & Noteworthy, for what all dropped last Friday. If you want to see last week’s sales numbers, you can read about those in Metal by Numbers. Jonathan Davis’ solo album lead up the heavy releases for the week. Also be sure to follow us on Spotify to get this month’s New & Noteworthy Playlist, updated every Friday.

A Dying Machine is the 4th full length solo album from Mark Tremonti, best know for his work with Alter Bridge and Creed. However this is the first release from the band since signing to Napalm Records. This also follows Alter Bridge signing to Napalm for the release of their latest as well. The album was produced by Michael “Elvis” Baskette, who has produced all three of Tremonti’s solo albums as well. Leading up to  today, they have released a a music video for the track “Take You With Me,” and lyric videos for both “Bringer of War” and the title track. They hit a few US festivals last month, but will be heading over to Europe next week to support Iron Maiden on their European tour. There are no upcoming North American dates public as of right now. A Dying Machine is also available on vinyl. 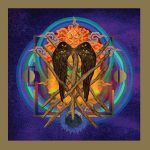 Our Raw Heart is the eighth studio album from the Oregon based doom metal group YOB. Once again the band teamed up with producer Billy Barnett for this release, with recording taking place at Gung Ho Studio in their home city of Eugene. The album was mastered by Heba Kadry (The Mars Volta, Diamanda Galas, Slowdive). This is also the first release from the band since signing to Relapse Records. YOB will be touring North America off and on from tonight through to October. Tonight they’ll be playing Music Millenium in Portland, Oregan for their album release show. Our Raw Heart is also available on vinyl and Bandcamp. 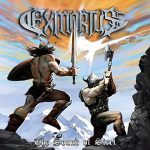 Exmortus, The Sound Of Steel (Prosthetic)

The Sound of Steel is the fifth studio album from the American thrash metal group Exmortus. It was produced, mixed and mastered by Zack Ohren, who worked with the band on their last two releases and was recorded at Sharkbite Studios in Oakland, California. Last month the band released a lyric video for the song “Make Haste,” and just yesterday they dropped a music video for “Feast of Flesh.” The band will be touring North America all June and July. The Sound of Steel is also available on vinyl and Bandcamp. 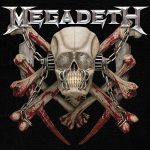 33 years almost to the day (June 12th), Megadeth’s debut album Killing is my Business… And Business is Good gets a remixed, remasterd reissue, featuring all the original songs, the later scrapped cover of “These Boots,” and a couple other era recordings discovered in Dave Mustaine’s attic.It was mixed by Mark Lewis (Trivium, Death Angel, Devildriver, Whitechapel), and re-mastered by Ted Jensen. Megadeth is currently off touring Europe, with no North American dates announced, but I wouldn’t be surprised to see a Fall or Spring announced in the near future. Killing Is My Business… And Business is Good – The Final Kill is also available on vinyl.

Tags: A Dying Machine, Exmortus, Killing is my Business, Megadeth, Our Raw Heart, The Sound of Steel, Tremonti, YOB