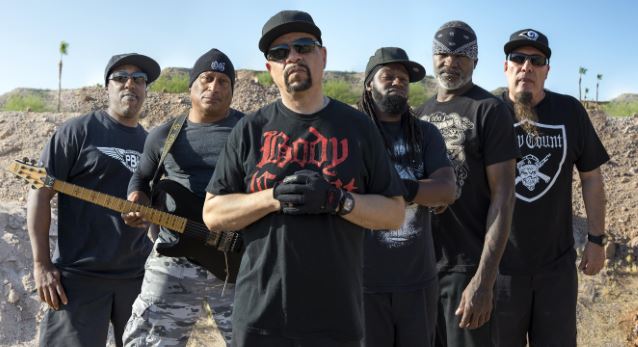 During this past weekend’s Rock on the Range festival, Loudwire caught up with Body Count’s Ice-T. The frontman revealed the group are already planning on working on the follow-up to 2017’s Bloodlust as he announced the current title for their overall seventh album will be Carnivore.

We haven’t written a lyric! We start out albums with a name, that’s how we started Bloodlust. We’re probably going to start recording tracks in September.”

“Chris Barnes told me he would kill me if he doesn’t get on this next album. because I worked with Six Feet Under. People like Chris Barnes, I don’t want to get him mad, because I know he might dissect me or some shit, so we’re gonna get some death metal on there from original Cannibal Corpse.”

Essentially, if the group starts working on the new album this September, we could potentially see a 2019 release date.