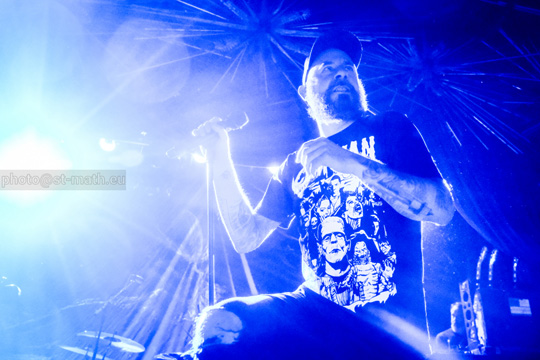 Based on Spotify’s 2019 Wrapped, In Flames reached 146.1M streams, 9M hours, 6.5M listens in 79 countries. And out of those 79 countries, these Swedish metal giants selected North America to wrap the year for one last tour before the decade officially comes to an end. We saw the group earlier this year, around the time when their new album, I, The Mask, arrived. During that time, we spoke to vocalist Anders Fridén and guitarist Björn Gelotte about their latest effort as they reminded us of leaving the past behind. As the group continues to dive into new chapters, their last tour of 2019 has only highlighted their natural progression. The tour initially kicked off on November 2nd in Wichita, KS, and it wraps up just before the Holiday’s on Friday (20th) in Dallas, TX. Metal Insider contributing photographer, Mathieu Breadeu, was there to capture the insanity at their show on December 8th at Sony Hall in New York City. Distance-wise, the band’s performance wasn’t too far away from their last NYC appearance. However, they went from the spacious, soon-to-be-closed Playstation Theater to a more intimate BB Kings-like venue. Regardless, that didn’t change the crowd or the band.

Canada’s Arrival of Autumn have unleashed their first full-length album in five-years with Harbinger, which was released in March via Nuclear Blast. The metalcore outfit has been touring relentlessly in support of their sophomore record as it wasn’t too long ago when they traveled across the continent supporting Soulfly and Unearth. Known for following their own timeline and not compromising their style for anyone, the group were ready to give it their all to the early-bird crowd. Check out their video for “Better Off Without,” and you’ll see the intensity they unleashed every night on tour. 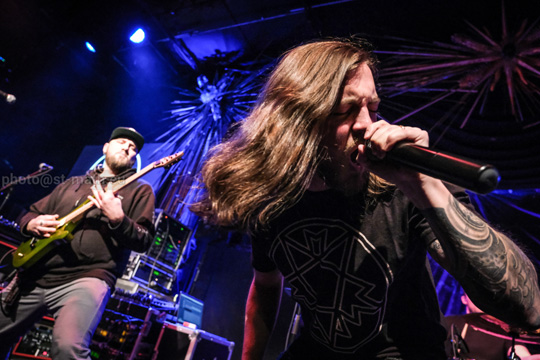 Whether you want to call them Christian rock, ambient, or just rock, Nashville’s Red have never been afraid to expand minds through their music. Between questioning the purpose of existence with 2017’s full-length effort, Gone, to relishing in experimentations with their new EP, The Evening Hate, they always leave their fans with something new to explore. And there will be more to come as they have made their own label. As direct support, the group went into nine songs including “Fight Inside,” “Death of Me,” “Confession (What’s Inside My Head),” “Let Go,” From the Ashes,” “Already Over,” “Feed the Machine,” “The Evening Hate” and “Breathe Into Me.” 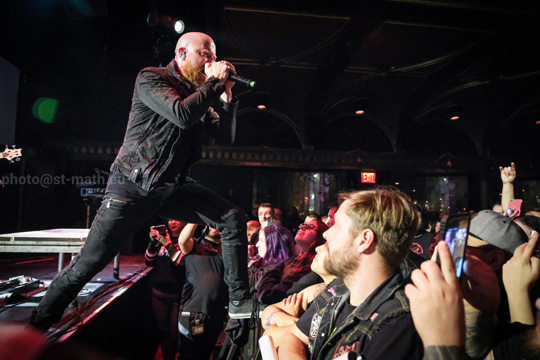 As much as In Flames focus on the present, they also don’t turn their backs on their fans. Meaning, they know what the audience wants to hear as they not only dive into I, The Mask tunes, they also ease into it by opening their set with a few older songs, including “Cloud Connected,” “Only for the Weak,” and Take This Life.” Typically, bands would go head-on into their fresh material, and others would scrap performing music from their early catalog. However, In Flames know how to mix things up. With the combination of a more intimate venue with old-school In Flames songs, you could say the crowd loved it. Songs included: “Cloud Connected,” “Only for the Weak,” “Take This Life,” “Where the Dead Ships Dwell,” “Call My Name,” “Behind Space,” “Graveland,” “Monsters in the Ballroom,” “All for Me,” “(This Is Our) House,” “The Hive,” “Wallflower,” “Burn,” “Voices,” “Colony,” “The Truth,” “I Am Above,” “The End.”

The night captured an evening of musical diversity, and yet, each act presented a similar relentless attitude. Overall, it’s tours such as these that give the audience more than enough material to remain engaged throughout the evening. 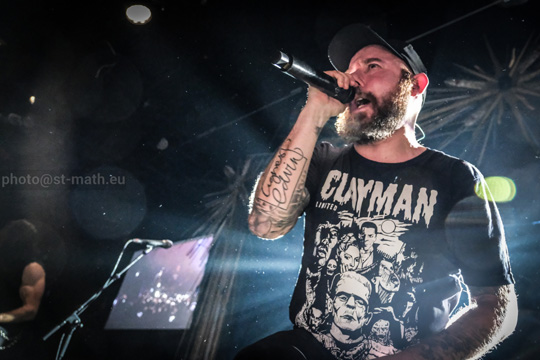