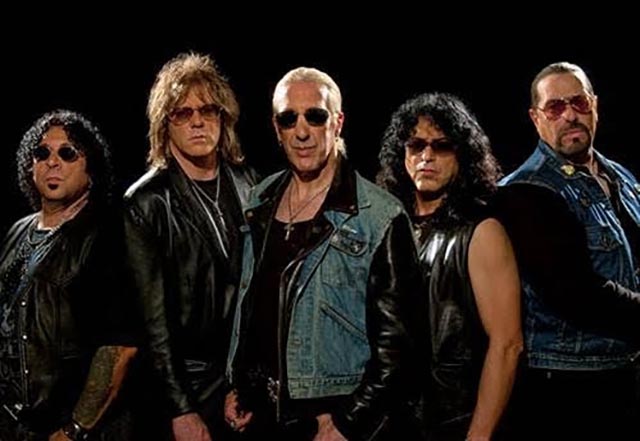 Twisted Sister has been announced as the first inductee in the 2023 class of the Metal Hall Of Fame.

Said French of the induction,

“Twisted Sister is honored to be recognized by the Metal Hall Of Fame and have our names alongside many of our peers.”

During the gala, Rockavodka, for which Snider is a brand ambassador, will be holding a special meet-and-greet with the singer. The company will have limited edition “Snider” bottles available for purchase and signing at the event as well.

Twisted Sister has released seven studio albums over the course of their decades-long career, five of which came during their original run in the 80s. Following the death of Pero in 2015, the band embarked on their final tour in 2016 with Mike Portnoy on drums. The remaining members have reunited twice since then; once in November 2019 to celebrate the 35th anniversary of ‘Stay Hungry’ and the other in March 2021 for a virtual chat and tribute to Pero during an episode of Mendoza’s ‘22 Now’ internet TV show.

Twisted Sister is the first of what is promised to be a number of iconic hard rock and heavy metal inductees to the Metal Hall Of Fame in 2023. More inductees and gala performances are set to be announced over the next few weeks.

“The 2023 Metal Hall Of Fame charity gala is going to be an amazing event as always,” said Metal Hall Of Fame president/CEO Pat Gesualdo in a statement. “There will be numerous legendary hard rock and heavy metal artist inductions and many exciting surprises and performances.”

Tickets for the gala are $35 in advance and $45 day of show at www.metalhalloffame.org. All proceeds from the event go to D.A.D. (Drums And Disabilities), a non-profit that brings free music programs and therapy sessions to children with disabilities and wounded veterans in health facilities and community centers.