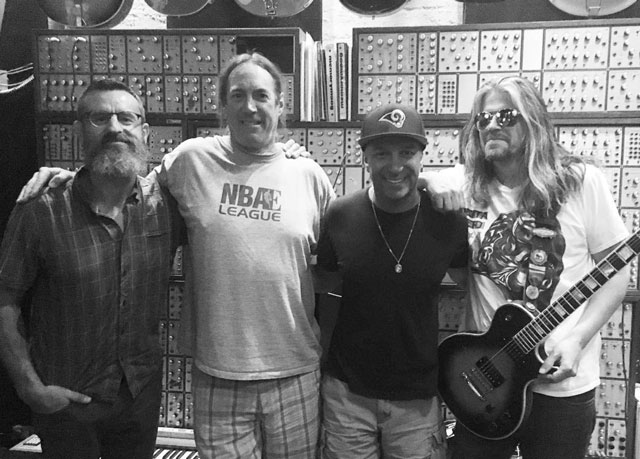 One of the 10,000 updates we heard on the new Tool album was when Rage Against the Machine/ Prophets of Rage’s Tom Morello heard new tracks, roughly two years ago. It appears Morello has always been connected with the band considering the guitarist and Tool’s Adam Jones grew up together in the suburbs of Chicago. Jones recently spoke to Chris Jericho on the Talk is Jericho podcast and revealed how Morello’s mom was his homeroom teacher.

“Tom and I grew up together. Tom’s mom was my homeroom teacher. Mary Morello, she’s the coolest lady you’d ever meet.

Tom was just very inspiring growing up. He was very animated and I always thought he would be an actor. He was very well spoken. He was in a lot of plays. I remember he was in this band and they were terrible. They were called the Electric Sheep. There were no concerns of being signed or how important it is. It was a high school band, and at some point they needed a bass player, and I was playing violin, but in high school I started playing bass, cause they didn’t have a bass player. I can read treble and bass clef, but I always played guitar on the side. I’m self taught. It’s just amazing to me now how much Tom sucked at that moment when I met him and now no one can touch him.”

Listen to the full podcast below:

Tool’s first album since 2006’s 10,000 Days, Fear Inoculum, will finally arrive tomorrow (30th). Read the lyrics to each song at this location.