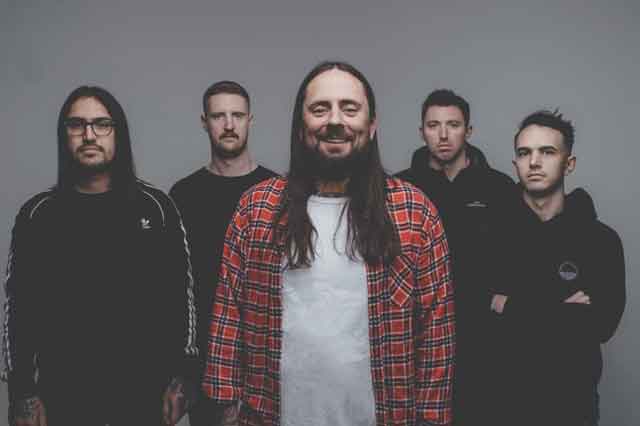 It’s been more than a year since drummer Lee Stanton has performed with Australian metal band Thy Art Is Murder. Now, Stanton has reemerged, citing a focus on his mental health as the reason for his absence.

Stanton shared the following post on the band’s social media:

“First off, I’d like to apologize [sic] for my absence in person and online as you may have noticed I haven’t been touring with TAIM for over a year now. Early last year I started noticing a shift in my state of mind which eventually resulted in me having a breakdown. As much as I would love to still be up there ripping gigs with the boys it is in my best interest mentally and physically to step back from everything and continue putting in work to get back to being 100%.”

He continues by thanking his former bandmates, friends, family and fans for their support:

“I can’t thank Sean, Kevin, Marshy & CJ enough for being extremely patient and very understanding during this whole process. My wife, family, friends & our fans who’ve reached out, checked in, gave me someone to speak to or offered advice and help, it really does mean a lot. It wasn’t easy coming to terms with what happened, and having to walk away from something you invested a large portion of your life into building, but I have lots of positives to take away with me.”

Though taxing, Stanton doesn’t regret his time on tour:

“I’ve built a lot of great relationships with people; I’ve been able to see the world & connect with people through music which couldn’t have happened if not for touring.”

Stanton says he’s “in a better headspace” now and wants people to know that it’s okay to get help if you need it:

“…if you do notice that something isn’t right within yourself or someone you know, don’t be afraid to have a conversation or to seek professional help.”

Jesse Beahler (Jungle Rot) has been playing drums for Thy Art Is Murder since Stanton’s departure.

Thy Art Is Murder released their latest album, Human Target, in July 2019. The band will be hitting the road across North America with Cannibal Corpse this fall starting October 20th in Houston, TX. They will then head back to Australia in December with Gravemind before touring across Europe with Carnifex and Fit For An Autopsy in the new year.