Sometimes band members can get a little testy with one another while writing a new album and in Chuck Billy’s case, you might get the urge to strangle your guitarist. The frontman spoke with Canal Metal about the tough writing process of their latest album, The Brotherhood of the Snake and spoke about some intense moments the band had:

“When it came time to do the recording of the record… we wanted to have a record out last year, so we knew that we had to be in the studio by June 15th, so we’re approaching that time close to the tour, like, ‘Man, we got to get in the studio or we’re not going to have a record this year,'” he recalled. “We kind of just put ourselves in a corner and said, ‘Book the time, even though we didn’t rehearse the songs, we didn’t get to demo the songs, let’s just go.’ By doing that, it put everybody’s backs against the wall. I think it really drove everybody to get a little more creative and be a little more adventurous and be sporadic and your first impression on something is usually the right one. When they felt the songs and learned them, their first impressions is really what got laid down on the record. It really was solid, especially for Gene. He came in, didn’t hear any of the songs with vocals at all up until the point he started recording the record. No leads, he didn’t hear anything. He was probably just frustrated, just like, ‘What the hell am I doing? I don’t know the songs.’ But he pounded the drums so hard. He laid down a great foundation for the rest of us to come and in and do our parts. It was a really strange process, but in the end, I think we had to go through that process to make this record what it was. It was very special, this record, just because it was tough, but in the end, everybody pulled through and kicked ass.

I did tell Eric right after the record, I said, ‘It’s great, but I don’t ever want to do that again.’ I wanted to strangle him; it really got pretty intense between us. But in the end, we fight like brothers because we’ve been doing it for 30-some years and we make up like brothers. And we get through it like brothers.”

It’s good to hear that there were no hard feelings and that the band was able to reconcile after their arguments. Check out the rest of the interview below. It’s really worth the watch. 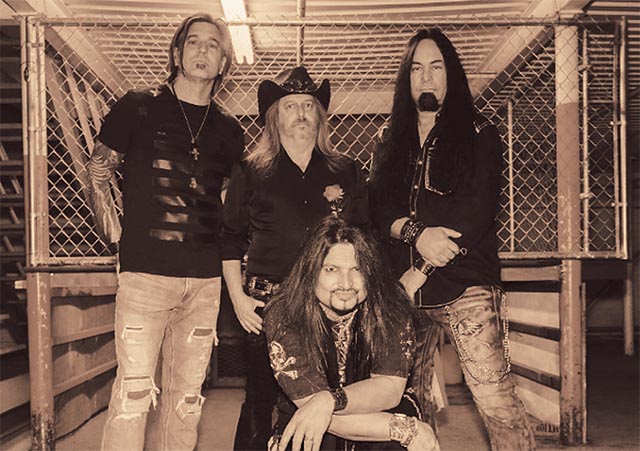