According to KEXP, Seattle mayor Jenny Durkan has declared August 22, 2019 as “Layne Staley Day” in Seattle, WA. Today (22nd) would have been the late Alice in Chains frontman’s 52nd birthday. The grunge legend passed away on April 5th, 2002 from a heroin overdose at the age of 34.

The proclamation was made as a reminder to the Layne Staley Memorial Fund, which was created in 2002. The fund was established by his parents as the fund is meant to provide “hope, education, support and treatment funds for heroin recovery in the Seattle music community.”

Events have been organized in celebration of Layne Staley day including a gathering scheduled to take place tonight (22nd) at the International Fountain in Seattle Center. For more information go to this location. 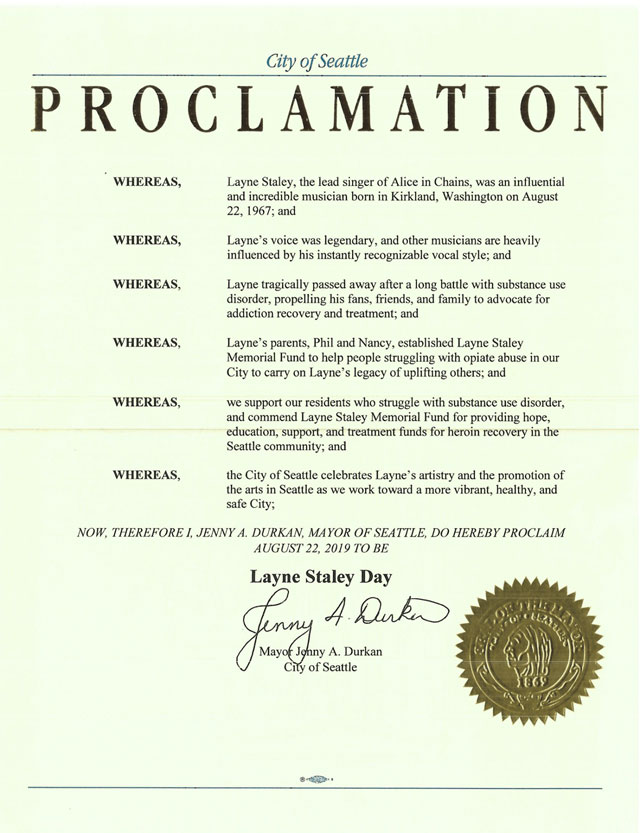 Staley’s final performance with AIC took place on July 3, 1996 in Kansas City, Missouri while the band were supporting KISS.