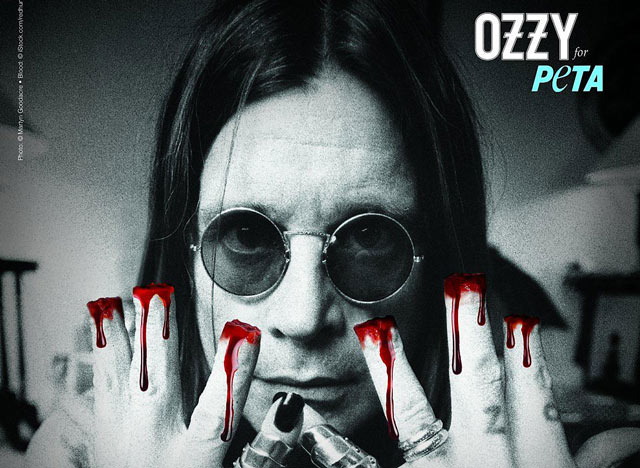 When it comes to cats, you never know what you’re going to get. Will you have a wild feline friend destroying everything you own or one who greets you every morning by smacking his or her butt in your face? As much as they should, cats aren’t for everyone. There’s a lot of preparation and commitment that comes along with owning a cat or just about any pet. With that being said, there’s been a lot of controversy surrounding declawing cats. A new PETA ad featuring Ozzy Osbourne has given a visual interpretation of what declawing does to a feline as the tagline reads: “Never Declaw a Cat. It’s an Amputation, Not a Manicure.”

For more information about the ad, read the full press release from PETA below:

“When cats are declawed, their claws and part of their toes are amputated. Veterinarians equate declawing with cutting off the last bone in a human’s finger, often causing nerve damage, infection, and immense pain—a message that hit home for Ozzy, who nearly lost some of his own fingers in late 2018 as a result of an infection.

“Amputating a cat’s toes is twisted and wrong,” says Osbourne. “If your couch is more important to you than your cat’s health and happiness, you don’t deserve to have an animal! Get cats a scratching post—don’t mutilate them for life.”

Because of impaired balance caused by the crippling procedure, declawed cats have to relearn how to walk and are more likely to bite as a means of self-protection (having lost their first line of defense). They’re nearly defenseless when outdoors, and some acquire lifelong behavioral issues, such as urinating outside the litterbox as well as biting.

Nearly two dozen countries—including Australia, England, and Japan—and New York state have prohibited or severely restricted declawing. PETA encourages cat guardians to trim their cats’ nails and provide them with scratching posts, where they can shed their outer claw sheath and stretch, which are essential for their basic well-being.” 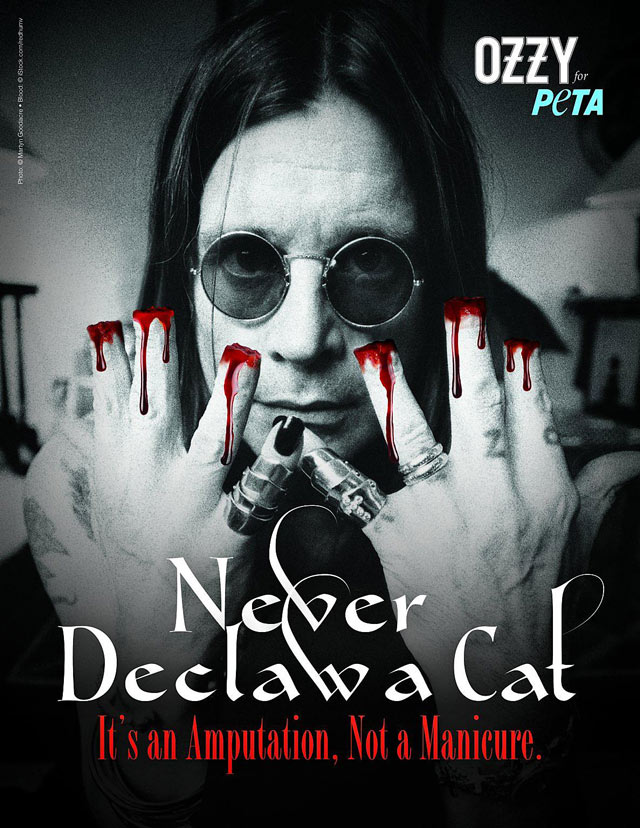