2017 has been a big year for legendary New Jersey thrashers, Overkill. We’re only five months in they’ve already released their eighteenth studio album The Grinding Wheel, performed at this year’s 70000tons of Metal, hit the road with Nile, and announced that they’ll be heading out to Cancun for Metal Maya later this year. Today, the band revealed the newest addition to the machine, drummer Jason “Sticks” Bittner (Shadows Fall, Flotsam and Jetsam).

“When my phone rang about 2 months ago and Blitz said ‘Hey, me and DD are wondering if you would be interested in joining?’ It really didn’t take much for me to write back a one word answer………ABSOLUTELY! I am extremely excited to be a part, once again, of thrash metal history, and I can not wait to get out on the road and wreck stages across the world with the ‘Mean Green Killing Machine!'”

“Overkill would like to announce it’s newest member, behind the kit and steering the ship, Jason “Sticks” Bittner. We wholeheartedly would like to thank Eddy ‘The Mexicutioner’ Garcia for holding down the ship and keeping the momentum up for the band over this past year plus. Eddy has and always will be part of the Overkill machine.

Jason is a long time friend of the band and his abilities have always spoke for themselves. Let the touring continue…onward-upward!” 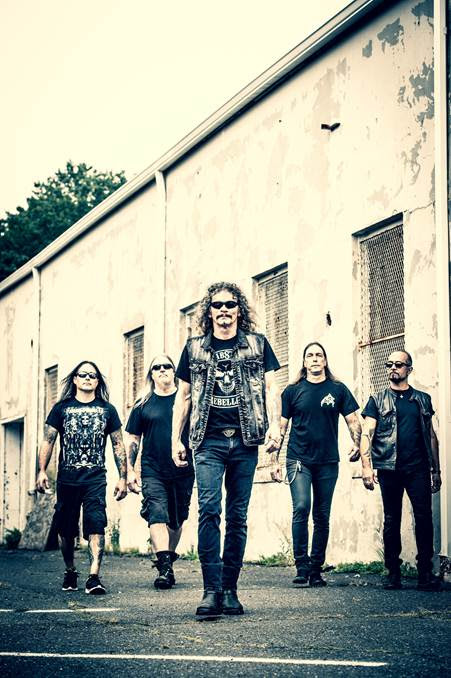