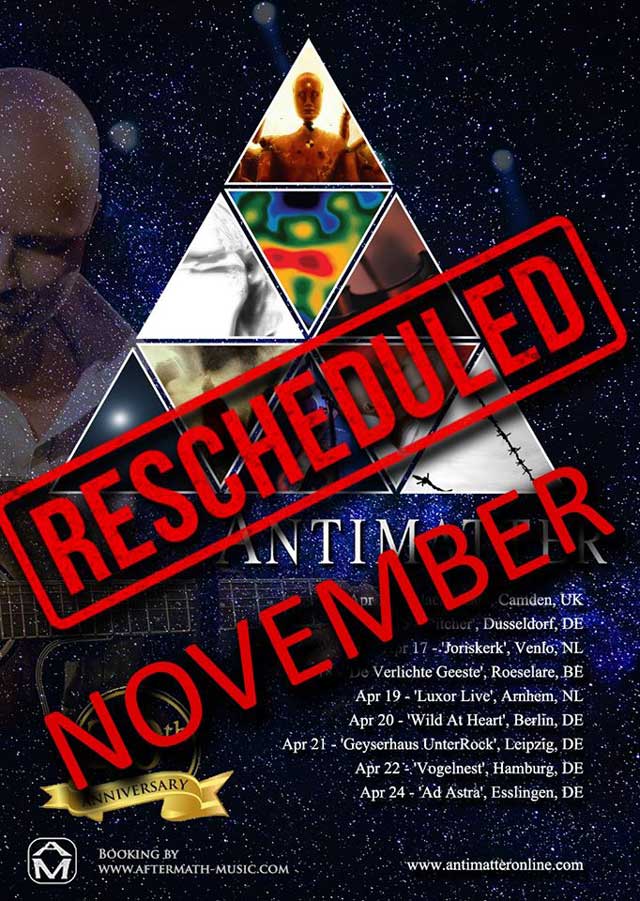 Antimatter’s 20th Anniversary Acoustic Tour has been moved from April to November due to the COVID-19 outbreak.

“Big apologies for the delay in announcing (though I guess its no surprise here) that the April ’20th Anniversary Acoustic Tour’ has been rescheduled to NOVEMBER. The new dates will be up soon…

Yep its been a huge logistical mess and an even bigger financial punch in the nuts, but you know what… my inconvenience and loss is absolutely NOTHING compared to whats actually happening in the bigger picture right now. People are losing their society, their freedom, their jobs, their businesses, their health, their loved ones, their lives.

There are some Coronavirus charities, or even Unicef, out there.

I wanna wish everyone here the best of health over the coming months. We’ll all get back together sooner rather than later, and that party will be one hell of an emotional release for all of us… I think we’ve all realised these days how much music means to us. To the performers. To the listeners. The music isn’t over, it’s just having a quick nap.