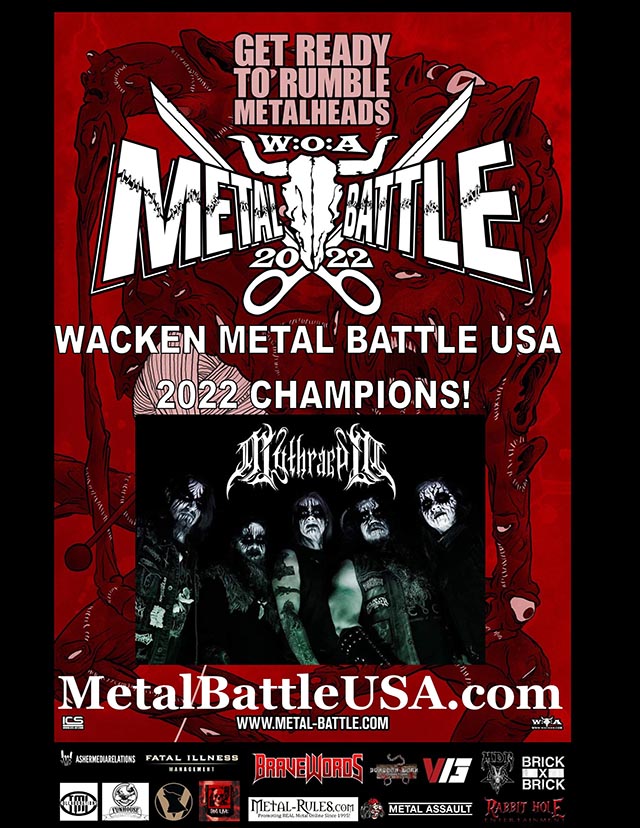 “Where to start?… First off I just want to thank everyone who came out to any of the battles this year. Your support means the world to us. Right before Covid hit we were running stronger than we had ever been. I was so proud of the momentum we had and the battle we had all built. After missing 2 years due to Covid I didn’t know what to expect. I figured we would be rebuilding this battle from the ground up. Luckily I was so wrong.

The support we received this year culminated in the best turnout at the National Final we have ever had. Each judge was on point and had a different band they liked the best. No blowout like in the previous years. This battle was decided by TWO points! That’s how these things should work. I want to thank Charles Elliott, Cameron Webb, and Rod Kukla for taking on the task of judging this most important of battles. I want to thank Sascha and everyone involved with the Wacken Metal Battle around the world.

Every band last night killed it. To: Pitch Black Mass, Phantom Witch, Donella Drive, The Stage of Dreams, and Our Dying World… You all did everything that was expected of you and you should not feel bad about not coming in 1st place. You are all winners in your own way and should be extremely proud of yourselves. Only up from here and I will be watching your journey. Cheers!

Finally, congrats to Mythraeum. Well earned and well-deserved victory. You edged out the best of the best and should be proud. This final battle was intense. You could feel it in the room. Go to Germany and make USA proud!”