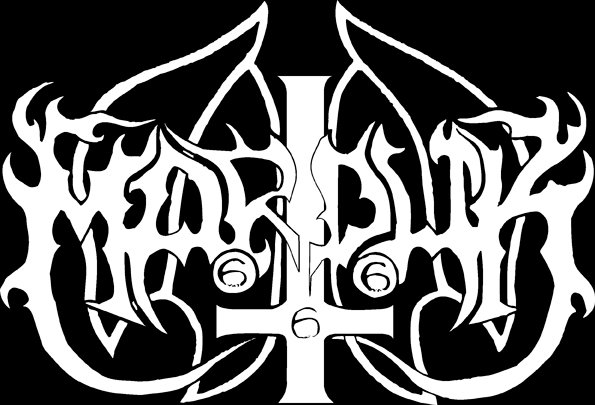 For those who follow Marduk, this news will appear as redundant as many of you will say, “we’ve heard this story before.” Let’s not forget what happened last year, with their Oakland performance cancelled after Antifa got involved. Metalsucks noticed a Swedish news outlet resurrecting previous accusations stating that drummer Fredrik Widigs and vocalist Daniel Rostén are listed in a database revealing they have made substantial purchases of Nazi propaganda in an online store back in 2016.

The article is filled with accusations against the band, addressing the following (via google translate):

Two band members, on the other hand, have taken the worm for World War II one step further. Fredrik Widigs, who has played with pop musicist Yohio, has been drummer in Marduk for a few years.

On May 16, 2016, Widig’s 100 propaganda stickers from the NMR’s online store ordered. He also bought the party party program of the Nordic Resistance Movement, as well as the books “Basic Radars” and “Zionism – The Hidden Oppression”.

On May 22, same year, Daniel Rostén, the band’s singer, was also in the same online store. He ordered 100 flyers with the message that the “Swedish people” must recover “the power of the global Zionist elite”. In addition, the Marduk singer ordered 100 stickers with similar messages as well as the books “Nationalsocialism” and “However, really six million?” That question the Holocaust.

Appeared in the Nordfront files

The orders are made in the band members’ own names to their people’s mailing addresses. Even the IP addresses point to their home addresses. It shows today’s ETC’s review of the Nordfront files that leaked from the NMR server after a hacker attack last summer. The organization’s online store is a big source of revenue but also an important distribution channel for propaganda material.

The flyers and stickers ordered by Marduk members are for distribution and no collectibles. It tells Jonathan Leman, researcher at the anti-racial foundation Expo.

“If you order such material, it means that you are at least a sympathizer for NMR and belong to the outskirts of the organization. But there may be closer contacts, “said Jonathan Leman.”

This time around, it didn’t take Marduk that much time to respond as they insist their lyrics only deal with religion and history. The band wrote:

“Members of Marduk are listed in a database that’s said to show the purchase history of a Swedish webshop. We were made aware of this list when it surfaced online in August 2017 and have since been asked about it a handful of times. Since we never took this nonsense seriously, we refrained from commenting on it. However, a Swedish newspaper recently discovered this and have now written a story about it. And so, here we go again.

No Marduk member has ordered anything from the website in question, or ever had any form of interaction with the organisation operating it. This is all we have to say about the matter. It’s ridiculous to have to reiterate this once more, after 28 years as a band, but: Marduk has no political agendas or ideological associations, National Socialism or otherwise. Our lyrics deal with religion and history, nothing else.

It’s worth remembering that we had the exact same discussion back in February 2017, in conjunction with our US tour. Multiple media outlets scrutinised every fibre of Marduk history in search of proof for these allegations but found nothing. They reached out to numerous bands we have toured with, who all told them the same thing: there is nothing to support these accusations. And history will repeat itself, soon enough, as yet another effort of soiling our name comes to an end.