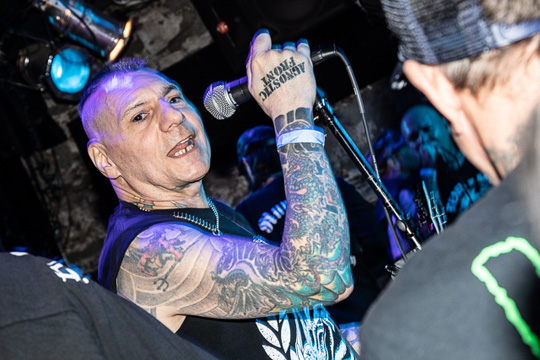 Back in 2017, a man named Jason Kooken was badly injured by a stage diver at the “Doing It For Dave” benefit concert during Agnostic Front’s set. The following month the man decided to sue the organizer of the event, Asbury Audio, Inc and was now finally awarded a $2 million settlement. The statement described the incident:

“This individual walked right past security, climbed on the stage, pointed and then corkscrewed his body over the band’s lead singer, flipping directly onto Mr. Kooken’s head.”

Kooken said he fell to the floor and immediately lost feeling in his body. Unfortunately, he had to undergo emergency spinal surgery at Jersey Shore University Medical Center and spent many months in a rehabilitation facility. Attorney Mark Morris commented:

“People who go to concerts should not have to worry about someone landing on their head. It is important concert venues and promoters develop comprehensive safety plans and hire competent security people that don’t let this kind of thing happen. We hope by achieving this result, we can prevent this kind of thing from happening to others in the future.”

You can watch the incident in the below video: