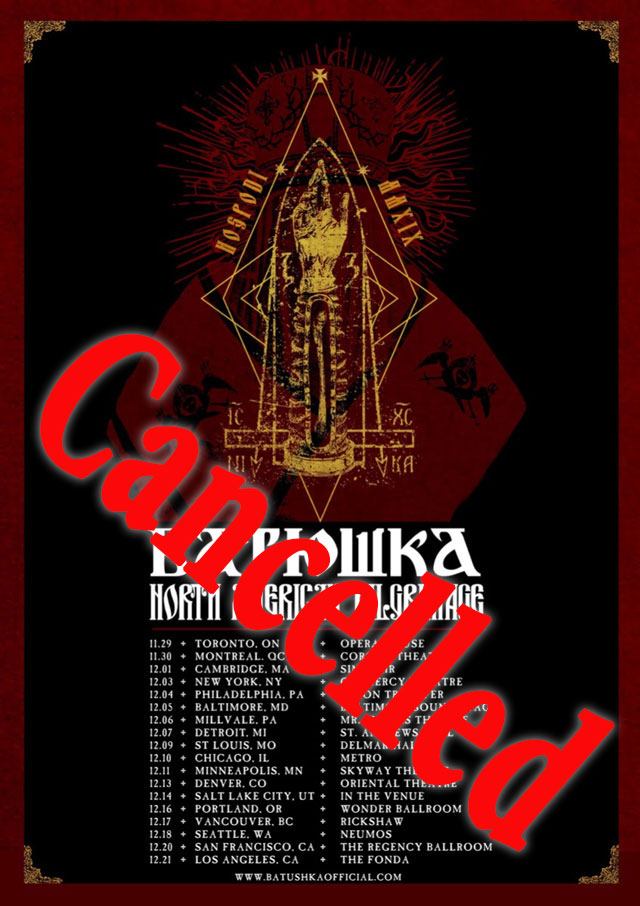 A lot has happened since Batushka’s debut album, 2015’s Litourgiya, arrived. Just three years after their first full-length effort, the Polish black metal duo have been faced with a legal battle since December 2018. Kryzstof “Derph” Drabikowski and Bartłomiej “Bart” Krysiuk have been claiming they are both the real version of the band. Since then, the duo has split where Krysiuk’s version of the group has signed with Metal Blade and released the new album Hospodi and Drabikowski’s Batushska has released the new record Панихида. Krysiuk’s version recently announced embarking on a North American tour and now, the trek has been cancelled due to the ongoing legal dispute.

The Krysiuk version of Batushka issued the following statement:

“As has been reported, we have cancelled all up and coming international touring until a time where the dispute between Derph and myself is resolved.

Massive financial and bureaucratic undertakings are required to make international touring at this scale work, coupled with the daily firefighting of Batushka’s day-to-day business, it has taken it’s toll and we have reached our limit.

There is plenty to be positive about with regards to the legal situation surrounding Batushka – however, we expect a lengthy process and despite mediation with Derph and I, we are no closer to resolving our differences.

We plan to reconvene and carry on preparing new music. Our European dates will continue on – naturally a lot less stressful. We apologise to our international fans but we hope you understand!”