A few weeks ago Kix guitarist Ronnie Younkins went missing. The group were on their way to perform a show in Selinsgrove PA and when they picked him up as scheduled, he wasn’t there. The ‘80s rockers remained quiet about this incident until recently sharing an unfortunate update. Younkins checked into a rehab facility and he won’t return to the stage until he recovers. The band will remain a quartet for the time being as guitarist Brian Forsythe will be once again filling in for him.

“To all our fans:

Thank you for your concern about our dear friend Ronnie. Our hearts and prayers go out to him and his family, and we wish him the best on his continued journey toward recovery. As we all well know, the road to recovery is not easy, but with the support of family, friends, and fans too, this difficult time becomes just a little easier to manage.

Ronnie is currently headed to a rehab facility and will be in good hands. Brian will once again fill Ronnie’s shoes until Ronnie is ready to return toKIX, to his side of the stage, which is waiting for him.

Kix next show is scheduled for April 28th, returning to the M3 Festival in Columbia Maryland. Check out their full list of dates here. 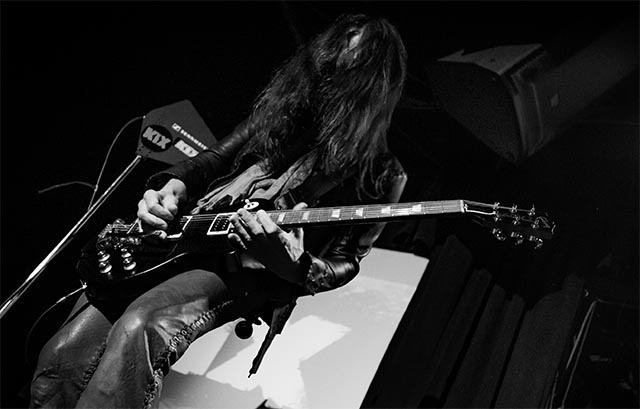