Iron Maiden and Funko are at it again. The company behind the hugely popular toy called the Pop! has joined forces with British heavy metal icons Iron Maiden to produce even more Pop! figures based on the band’s mascot Eddie. Due in February 2022 are “Stranger In A Strange Land” Eddie, “Somewhere In Time” Eddie, “Live After Death” Eddie, “Seventh Son Of A Seventh Son” Eddie and “Nights Of The Dead” Eddie. These are a part of the “Pop! Rocks” line of toys. The new figures will be available from Entertainment Earth. Maiden’s previous Funko line of figures was based on the albums “Iron Maiden,” “Killers, “”The Number Of The Beast” and “Piece Of Mind.” 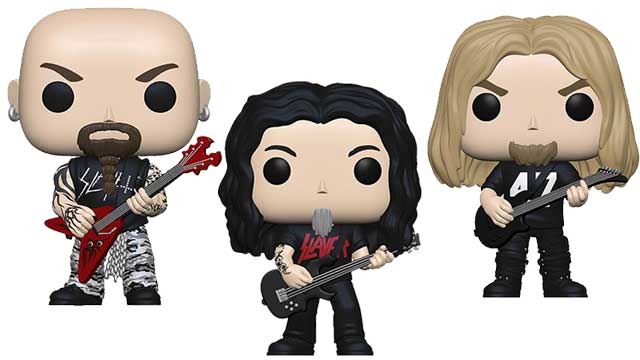