Heavy Montreal will be sitting out next year as the festival will go on another hiatus. Evenko revealed the event will be “taking a break.” However, concerts will take place throughout the city and province next year.

Read the full press release below:

“evenko announces that HEAVY MONTRÉAL, the annual gathering of heavy metal fans, will be taking a break in 2020.

“It’s not an easy decision to put one of our events on pause,” says Jacques Aubé, Chief Operating Officer of evenko. “Several factors must be taken into consideration, including the number of non-festival metal/rock concerts that will be announced over the next few months.”

HEAVY MONTRÉAL will continue to offer a packed calendar of concerts throughout the city and the province all year round.

“We thank the fans for standing behind us,” says Nick Farkas, Senior Vice-President, Concerts and Events at evenko. “We’re working hard to make sure we continue to offer the best metal/rock shows in the world! HEAVY MONTRÉAL fans should not be worried!””

Heavy Montreal had some incredible years including Metallica in 2014 and Faith No More’s reunion in 2015. Since the three-day-event four years ago, the festival changed to a two-day affair followed by going on a hiatus in 2017. The festival returned in 2018 and Slayer’s last show in Quebec took place during their Heavy MTL appearance this past summer. 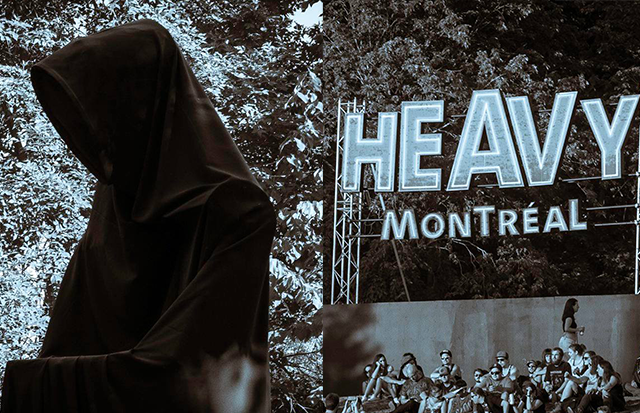