For the past eight years, Heavy Montreal (or Heavy MTL, as it had been called for a while) was not only a must-attend festival for many metal fans in southeastern Canada, but a destination festival for music fans worldwide. Hell, any fest that can attract Babymetal and Metallica in the same year (like they did in 2015) has earned that right. However, for those planning a trip to Canada for 2017’s edition, they can save up for the following year, as Evenko has stated that there won’t be a fest next year, but they’ve already announced dates for 2018’s version:

“During the past eight editions of Heavy Montréal, we always focused on the quality of the experience in order to give metal and rock fans a first-rate festival,” said Nick Farkas, Vice-President, Concerts and Events at evenko. “Several factors, including the renovations at Parc Jean-Drapeau and the increase in cultural events during Montréal’s 375th Anniversary, contributed to our decision. We truly believe that a hiatus in 2017 before strongly returning in 2018 will ensure the festival’s sustainability as well as offer festivalgoers an edition that will make them proud.”

While awaiting the return of the festival in July 2018, evenko will continue as always to offer a rich lineup of more than a hundred rock and metal shows a year to fans of heavy music. In the next few months, the Heavy Montréal team will announce several 2017 events that the metal and rock community are sure to enjoy.

Among the major must-see events of 2017, there will be the Montreal date of the Not In This Lifetime tour by the legendary Guns N’ Roses, who will perform at Parc Jean-Drapeau on August 19.

Heavy Montréal and evenko members will have access to a presale starting on Thursday, December 8 at 10 a.m. Tickets will officially go on sale the next day, December 9 at noon.

To purchase tickets and to know everything about upcoming surprises, stay tuned to the calendar of events on www.heavymontreal.com.

Okay, so that’s a bummer, but not really. With dates already set for 2018, along with the events going on throughout Montreal with Heavy in the City, it seems like it will return stronger. And with other festivals happening, including probably what will be another Chicago Open Air, as well as shows by Guns N’ Roses and others in Montreal, it’s not like there won’t be other festivals and shows for fans to check out. 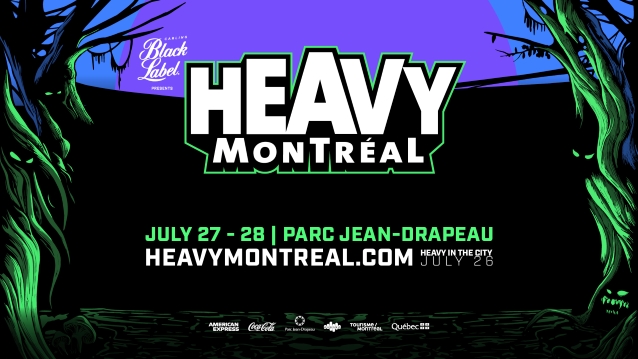