Greg Puciato (The Dillinger Escape Plan, Killer Be Killed, The Black Queen) has announced a unique streaming event titled, “Fuck Content.” The stream will take place on December 11th at 3PM PST / 6PM EST, and will remain available on-demand for the following 48 hours. Tickets along with selective merch are now available at this location.

Puciato explains about the upcoming stream:

“’Fuck Content’ is just another creative release, but in a different medium, marrying visual art, audio, live performance, studio footage….a lot of different elements together. I wanted to make the modern equivalent of a VHS release you would have bought from a band decades ago, but with more of an arthouse sensibility. Like any other thing I’ve released, and that we’ve released with Federal Prisoner, it was born from excitement, and flamed up really quickly from the initial spark into what it became. Jesse (Draxler, Federal Prisoner label-partner and acclaimed visual artist) and I were having a conversation about making a visual release, to tie into my record, that would include live performance but also much more, and got to talking about the idea of ‘content,’ how dumb and revolting the idea of, and emphasis on, ‘content’ is overall, and how the opposite of content is substance, that we needed to make sure whatever we made had real substance. We were both ranting about it and at one point I said, ‘fuck content,’ and that was the spark we needed to build up the fire to start putting this together. As we were making it, it took twists and turns, and new ideas formed, just like making a record, and we just followed them to their natural endpoints. This for me is a release, as much as any other, it’s not a livestream, it’s not some way to placate people who aren’t seeing shows, or to keep me busy. It’s something we sank our teeth into creatively, as much as a record, and I’m excited for everyone to see and hear what we’ve got to show them.” 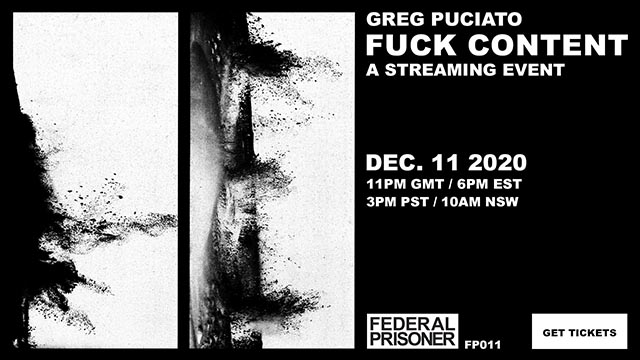 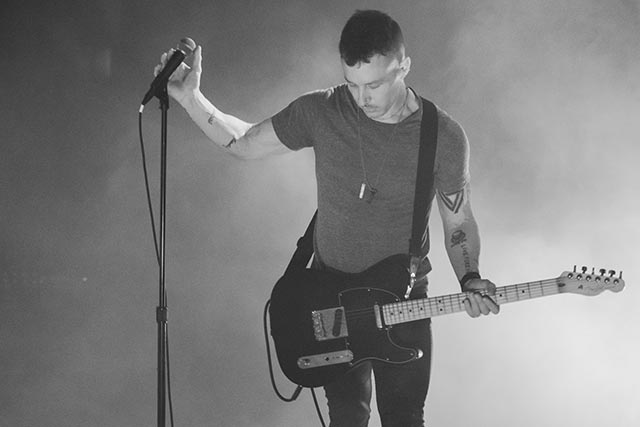