Nelson had been charged with one count of second degree assault for injuring a victim aged 65 or older and one count of assault for recklessly causing physical injury. He pled guilty to both charges in New York State Criminal Court on January 17 according to court documents obtained by Metal Sucks.

The incident allegedly took place at the Aloft New York LaGuardia Airport hotel on August 30, 2019 following a show Nelson performed there earlier that night. According to Metal Sucks, James Paolino and Philip Falcone, who were at the hotel supporting a friend who was filling in on drums during the show, had ran into the singer in the elevator following the set, criticizing him for performing visibly drunk. Paolino said to Nelson, “You had a rough night,” which prompted him to allegedly punch the 74-year-old.

“He started kicking me and punching me in the head,” said Paolino to the Daily News. “These were real MMA (mixed martial arts) kicks. He knocked me down. I’m on the floor bleeding. He broke my glasses and I knew the next kicks were coming for my head. I’m helpless.”

Falcone, 73, tried to intervene, but was also punched. “I’m still shaking. It was very traumatizing. He knocked my hearing aids out. This guy is an animal.”

Nelson turned himself in to the 115th Precinct in Jackson Heights, Queens a little over a week later on September 11 where he was charged with the two counts of assault.

A little over two weeks after the initial charges, Nelson denied the allegations. Said his lawyer Marc Isaac back in September, “I’ve seen the video, and what they’re saying is not correct. I can tell you that there was no bloody altercation. That’s completely false.”

Nelson fronted Anthrax from 2007 to 2009. Though he never appeared on an album, he was involved in the early stages of writing ‘Worship Music.’ Following his departure, original frontman Joey Belladonna took over, re-recording vocals and finishing the album. Nelson sued in 2011 for defamation of character and royalties for 11 of the songs written for the album. The band settled out of court.

Nelson will be headed back to court on April 3 for sentencing. 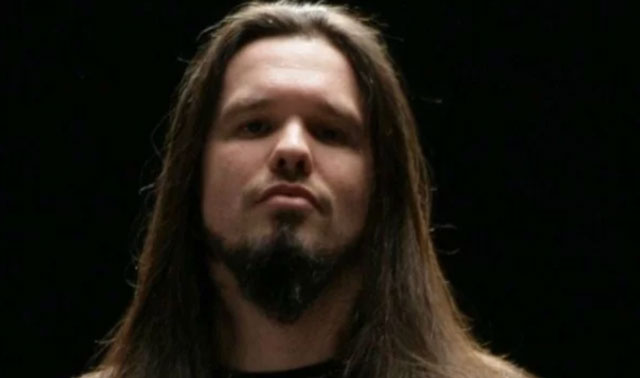