The Lucid have unveiled the album artwork from their debut album, which can be seen down below. The cover was created by Alex Sarabia and depicts a blindfolded boy hitting a piñata only to reveal a bomb with a lit fuse. The group established by ex-Megadeth bassist Dave Ellefson, and featuring vocalist Vinnie Dombroski, guitarist Drew Fortier and drummer Mike Heller of Fear Factory, has already released two tracks from their debut album set to release on October 15 on Spoilerhead Records. The tracks are “Damned,” and “Maggot Wind” and are available to stream. After being fired from Megadeth in May, Ellefson announced The Lucid as his new project.

Ellefson had this to say about the band and upcoming album,

“It’s been a real blast making a record with these guys and I must say that it’s refreshing to explore some new musical avenues… to step out a bit from what each of us have done stylistically in our own careers. There was an effortless synergy that came with creating these songs together which is always amazing when working with new people. I’m looking forward to everyone checking it out!” 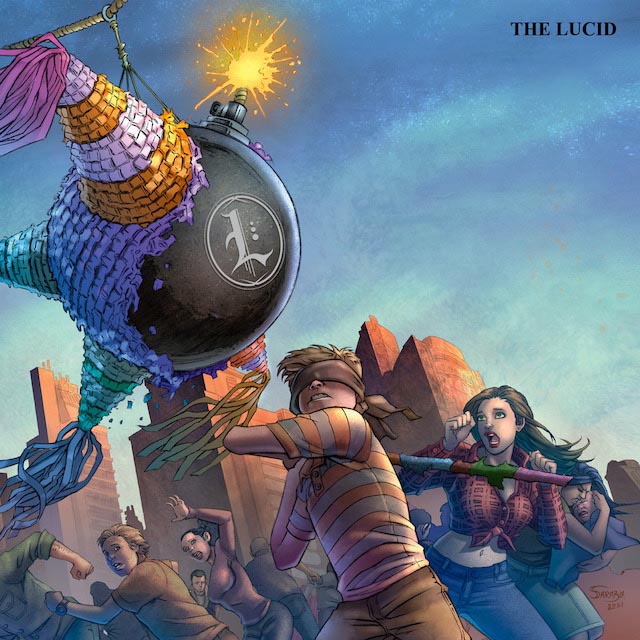