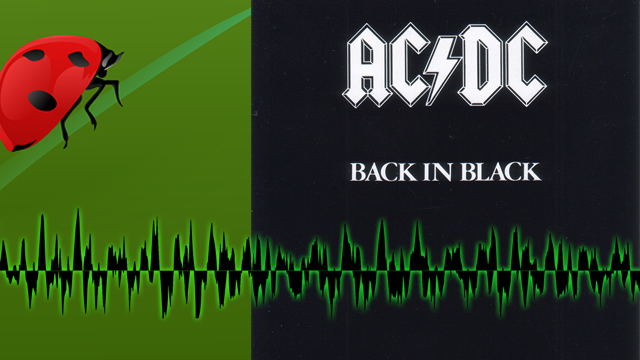 For those who have to work on a school project, it’s always fun to incorporate it with things you love such as heavy metal music. According to the Starkville Daily News, that’s exactly what Mississippi State University assistant professor of biology Brandon Barton and a graduate student Mariah Hodge did. The two decided to form a study on the effects sound has on plants and animal ecosystem. Barton expressed how he was inspired by this test when he listened to his favorite band, AC/DC.

“I was listening to AC/DC, and I heard the song, and I thought to myself Rock and Roll Ain’t Noise Pollution, that’s a testable hypothesis. The alternative hypothesis is that rock and roll is noise pollution.”

Barton and his other students tested out this theory by placing ladybugs in different environments with soybeans infested with aphids, sap-sucking insects. Once these creepy-crawlers were nested in their temporary habitat, the experiment began as they placed various soundwaves into the environmental atmosphere including AC/DC’s Back In Black, as well as songs from Lynyrd Skynyrd, Metallica, and Guns ‘N Roses. Additional sounds came from country and folk music to loud city and aircraft soundscapes.

The result reveals, AC/DC was wrong all along with noise pollution as Barton explained:

“We immediately discovered that after about a day or a half day, 15 hours or so, the ones who had been exposed to the hard rock music, AC/DC, or even the city sounds, those loud kind of harsh sounds really reduced the number of aphids they consumed by a lot.”

Barton described once the ladybugs were introduced there was a huge difference with the predators eating virtually all of the aphids. However, the chambers that were surrounded by hard rock and loud noise environments, the predators devoured significantly fewer aphids.

“I don’t think anybody’s actually concerned about rock and roll affecting soybeans. The idea is the proof of concept that noise pollution can affect soybeans. We used rock and roll, but it could be the noises from cities encroaching into agricultural landscapes, highways, tractors.”

The research project was dedicated to AC/DC rhythm guitarist Malcolm Young who passed away in November last year.