While many think of David Coverdale as the long-running vocalist of Whitesnake, for three years in the mid ’70s, he got his start as the singer of  Deep Purple. After the success of 1972’s Machine Head, several band members quit, and Coverdale was recruited as part of their so-called “Mark 3” incarnation of the band, which he remained in until 1976. He’s done fine for himself since then with Whitesnake, but will be revisiting his first  band for their 12th album.

The Purple Album will consist of re-recorded versions of songs from his time in Whitesnake with the band, which also consists of Reb Beach and Joel Hoekstra on guitars, Michael Devin on bass and Tommy Aldridge on drums. Songs like “Burn,” “Sail Away,” “Mistreated” and “Stormbringer” (the album’s first video, below) are on the album, which is coming out on May 19th on Frontiers. Here’s what Coverdale says about the album:

“It’s a tribute. A homage. It’s a huge thank you from me to Deep Purple for the opportunity I was given over 40 years ago. As I said to Ritchie, you guys set me on an incredible journey that continues today and I couldn’t have asked for better teachers. The University of Deep Purple was an extraordinary, amazing school to learn from. We can’t wait to play these songs in concert!”

The track listing is as follows: 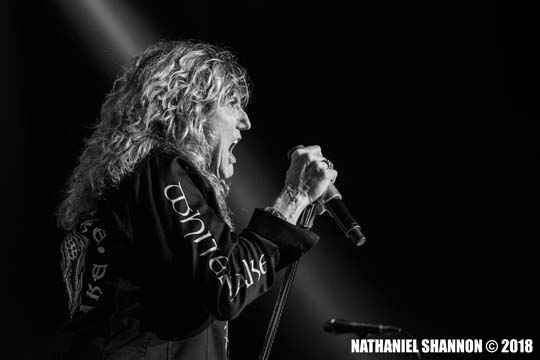