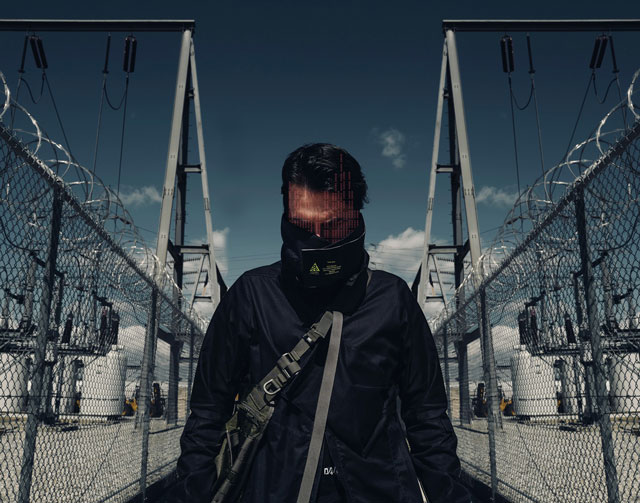 The Anix has announced his next electronic-rock chapter with his new album Hologram, which is scheduled to arrive on October 11th via FiXT. The record is promised to deliver an industrial-rock edge, which will guide listeners into a static realm, waking from a dream of self-reflection and yearning to escape. The record will also include an unexpected cover of the classic Deftones song “Digital Bath.”

The upcoming LP was completely crafted, written, produced, performed, mixed and mastered by the sole mastermind composer/artist, Brandon Smith, who also took an extra step as he created the album artwork, promo photography, and merchandise.

“Grunge-era alternative rock and the electronic experimentation of that decade, have had tremendous influence over my music. ‘Renegade’ pays homage to this era, by combining a simplified but heavy electronic verse section with an ultra minimal, fuzz drenched guitar riff on the chorus- think “Zero” by The Smashing Pumpkins. The vocal theme is again melancholic and full of self criticism like most of my music, but stripped down with no major harmonies or added layering. The drums were also something I wanted to capture, inspired by the Steve Albini production style of the early 90’s (Nirvana, Bush, Failure) with the giant slap back snare drum. In all, I just wanted to make a song that I could imagine a couple kids getting together in the garage and playing straight away with no expensive gear and little experience.”

Listen to the song below and order Hologram here: