Dark Days: The Road to Metal, the new graphic novel from DC Comics arrives via Amazon on May 22nd. The 256 page spread consists of a collaboration between a strong team of writers including Scott Snyder, James Tynion IV, and Tim Seeley, as well as artists including Javier Fernandez, Danny Miki, Klaus Janson, Scott Williams, John Romita, Jr, Jim Lee, and Andy Kubert. Speaking of artists, Mastodon’s Brann Dailor has contributed as well by laying vocals to the song “Red Death,” which was  recorded for this upcoming novel. The song, Dailor’s first-ever solo track, was recorded with Mike Elizondo, who produced their album The Hunter, along with Tyler Bates, who’s collaborated with Marilyn Manson for his two most recent albums.

Check out the synopsis of the graphic novel:

“For years, Batman has been tracking a mystery. He’s quietly been pulling a thread, conducting research in secret laboratories across the globe and stowing evidence deep in the Batcave, hidden even from his closest allies. Now, in an epic story spanning generations, the heroes and villains of the DC Universe, including Green Lantern, The Joker, Wonder Woman and more, are about to find out what he’s discovered–and it could threaten the very existence of the Multiverse!

This edition collects Dark Days: The Forge #1 and Dark Days: The Casting #1, as well as classic DC stories that built the foundations of Metal, including Final Crisis #6-7, The Return of Bruce Wayne #1, Batman #38-39, Nightwing #17 and more!”

Listen to “Red Death” below and order the single here.

Order your copy of Dark Days: The Road to Metal here: 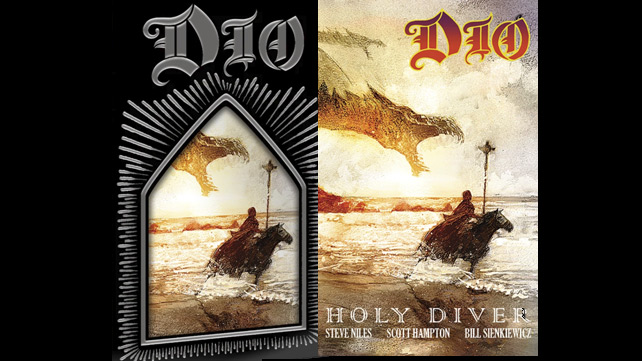