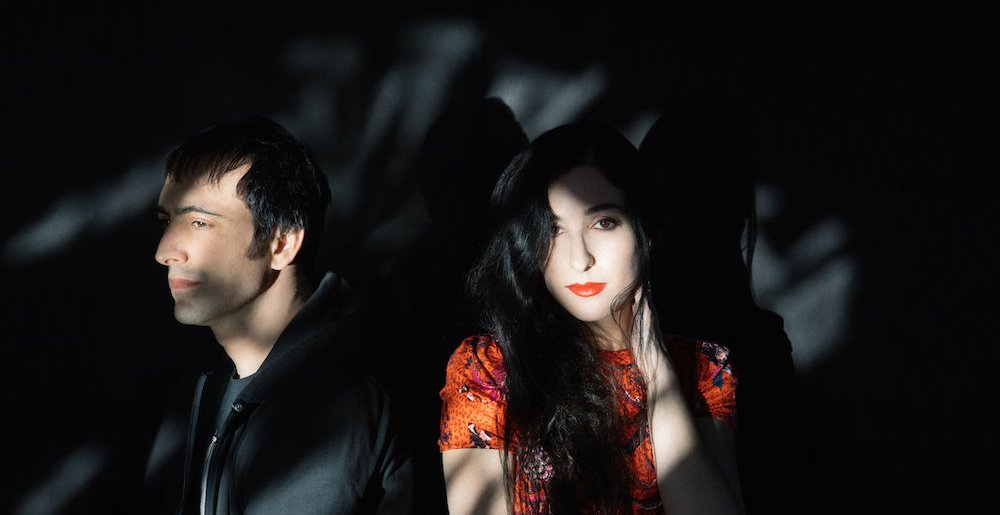 Folk singer Marissa Nadler and Stephen Brodsky of Cave In and Mutoid Man have teamed up for two covers: Phil Collins’ “In The Air Tonight” and Extreme’s “More Than Words.” The duo performed these songs live while supporting their project Droneflower. Nadler talked about her and Steve living in Massachusetts in the 80’s and the reasons why they chose the two songs to cover.

“Steve and I both grew up in Massachusetts in the ’80s and ’90s. Phil Collins’ ‘In the Air Tonight‘ came out in 1981, and it was the year that I was born. (As well as our newest Droneflower member, Emily Lee (Shearwater/Loma/Snake Oil), and Steve a few years earlier.) I feel that the massive hit really soundtracked my childhood and I know the others do as well.

I have this long list of songs in the “would love to try to do this” category. As I’ve mentioned before, Steve Brodsky (and Emily) have made things really easy in that we share obsessive work ethics. We were lucky to bring producer Randall Dunn into mix our version, which was recorded on an extremely hot day at Steve’s apartment in Brooklyn.

‘More Than Words‘ came out in 1990. at that time I was nine and fixated on MTV. It seemed like that video was on forever and had a nostalgic weight to me. I thought it would be really cool to cover it. We wanted to make a creepy, sexy version of both of these songs.”

Check out the covers below: